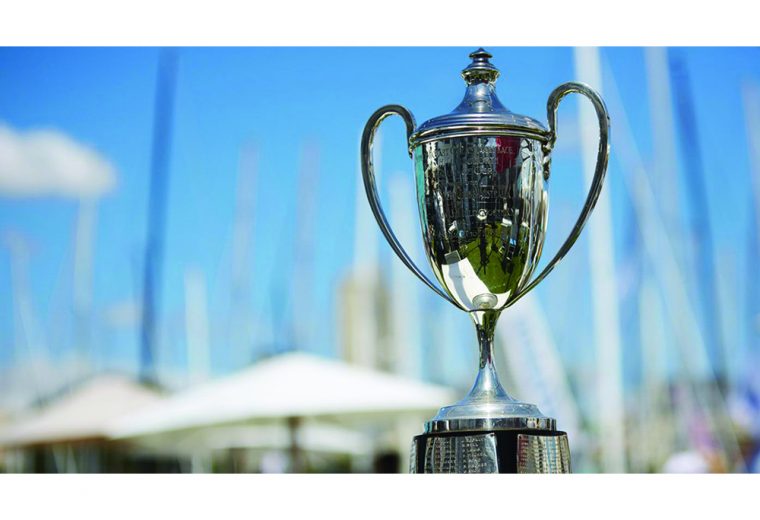 David Salter ponders the development that has changed how we acknowledge performance in the sport of offshore racing.

There is a neat compound word in the German language – luftpause – meaning “a brief pause in which to take breath”. The regrettable cancellation of the 2020 Rolex Sydney Hobart Race provides us with just such a pause – an unhurried opportunity to reconsider a fundamental aspect of the event.

To my mind the most obvious issue to which the Cruising Yacht Club of Australia might give some immediate attention is the manner in which the annual fleet is now fractured into an ever-increasing multiplicity of divisions.

In what we now look back on as the golden era, when the great traditions of the event were forged, all yachts in the Sydney-Hobart raced as one fleet and under a common handicapping regime.

That’s approaching 25 distinct divisions, each presumably with recognition for 1st, 2nd and 3rd place – a total of around 75 trophies. Yet there were no more than 75 starters for the 2020 race.

There is solid logic to having a performance (PHS) division and measured (rated) division. Those are the two well-established approaches to handicapping. Within them, a reasonable level of sub-division also makes sense, to accommodate ‘race within a race’ competition between similar boats likely to be sailing in common weather conditions. But 75 separate awards? Surely that’s overkill.

Race organisers and sponsors might argue that increasing the prospect of a divisional win encourages participation. Granted, but it is disheartening to think that today’s ocean racers seem to require a lump of Perspex for the mantelpiece as their motivation to enter. The sporting satisfaction of just completing the race is apparently no longer enough.

It is difficult to avoid the impression that the whole thing has become like speech day at kindergarten, where no child goes home without an encouragement award.

Adding even more to the odds of snaring a trophy is the option afforded within the Notice of Race for any one yacht to enter multiple divisions.

It is not uncommon for boats to triple their chances of a podium finish by entering three divisions in the same race. For owners who have already spent a small fortune preparing for battle, the additional entry fees are loose change. There can’t be many other sports that offer so many bites of the cherry in a single event.

But does all this really matter? In my view, the issue is that the proliferation of divisions and sub-divisions has devalued genuine achievement. It certainly ensures a good roll-up of skippers and crew at the presentation ceremony, but it also dilutes the honour and prestige of truly outstanding offshore sailing.

A possible response might be for the organising authority to limit entrants to compete in one division only, and to limit the divisions to those with a clear and tangible difference.

For example, the majority of competitive yachts now enter both IRC and ORCi, even though the final results for the top positions in those divisions tend to only differ marginally. Let’s just have one or the other.

All rating systems have a use-by date. From 1945 the fleet raced under RORC, then from 1970 the CYCA adopted IOR. Next came IMS in the early 1990s. IRC – with its undisclosed formula – has been used to determine the overall Hobart winner since 2004. Its time is probably up.

Whatever system is adopted there will, of course, always be hyper-competitive owners who spend ridiculous amounts of time and money trying to find rating loopholes and extract tiny advantages. But at least if they were restricted to entering one division they would all compete on equal terms.

There is also a case to be made for reducing the multiplicity of sub-divisions. Much thought and work by the organisers go into determining those groupings and the handicappers will, no doubt, point to the incorruptible facts of mathematics. The ranking of boats within an overall division, they tell us, is set solely by their TCF or measured ratings.

True, but where the lines are then drawn to divide that list into separate sub-groups is decided by humans, and therefore subjective. A race director’s whim could make the difference between a yacht coming last in one division or first in the next.

That’s not to say that subdivision, in itself, is not needed at some level.

The current huge variety among competing boats – in size, design, age and potential speed – makes the goal of handicapping the whole fleet fairly within a single overall system close to impossible. The development of planing hulls, canting keels, powered winches and huge asymmetric spinnakers have destroyed the old assumptions about performance relativities.

Not convinced? Consider these largest-to-smallest comparisons:

And that’s the real problem. The performance gap has almost quadrupled in 45 years.