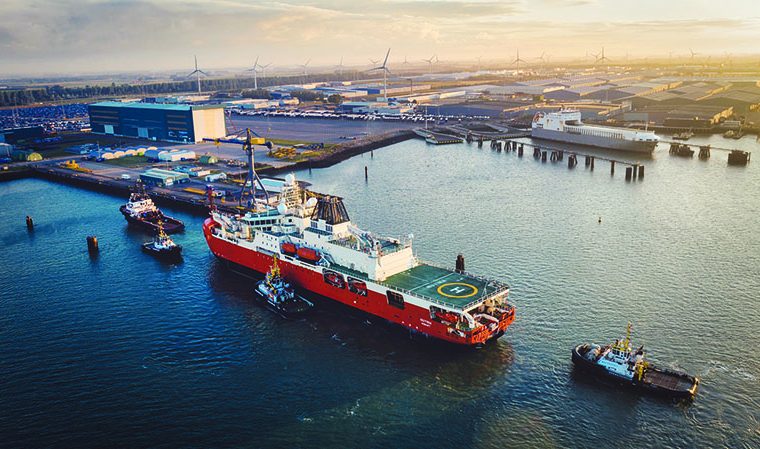 The $1.9 billion RSV Nuyina, will be three state-of-the-art vessels in one – an exceptionally powerful 160 metre icebreaker, a cutting-edge scientific research platform and a robust resupply ship providing a 30-year lifeline to our three stations on the Antarctic continent, as well as our sub-Antarctic World Heritage wilderness, Macquarie Island.

When Nuyina arrives in its homeport of Hobart around the middle of next year, the ship will represent a decisive quantum leap in the Australian Antarctic Division’s scientific capability, a boost which will greatly enhance its well-established international reputation as the world’s foremost Antarctic research organisation. Nuyina is without doubt one of the world’s most advanced scientific vessels, and the overall budget of $1.9 billion makes this the biggest single commitment to science undertaken by any Australian government. If Nuyina lives up to expectations, as no doubt she will, it will be money well spent.

After 10 years in meticulous design and planning and three years in construction using pre-fabricated modules at the vast Damen Group’s shipyard in Galati, Romania, the deadly coronavirus raging unchecked across much of Eastern Europe interrupted test and trials program and cost four to five months. This led to a drastic change of plans in which she had to depart Romania for the Netherlands, where access for personnel was easier and work on the vessel could continue.

With no certification for sea-going under her own power, the 25,000 ton Nuyina then set out on a 28-day, 6,800km tow in which a 51 metre Italian tug took the ship at six knots down the Danube, through the Black Sea, the Mediterranean, the Atlantic and the North Sea to Vlissingen, the historic seaport in the Netherlands’ south-west. There, with unfettered access to western European suppliers, a trials program was completed in safety.

Nuyina is about to embark upon rigorous sea trials in the icy Arctic waters of the North and Norwegian Seas. When these acceptance trials are satisfactorily completed, she will steam home via the west coast of Africa, then run her easting down through the Southern Ocean from the Cape of Good Hope to Hobart. At journey’s end she will undoubtedly receive a boisterous welcome home, not least from the Tasmanian capital’s burgeoning maritime/scientific community which fully appreciate the enormous potential this vessel has to unlock Antarctica’s long-held secrets.

Australia’s national interests in Antarctica remain focused on cutting-edge science and the quest for knowledge. And that is where Nuyina comes in. In Hobart I spoke with the AAD’s Assets and Infrastructure General Manager, Rob Bryson, who has been with the project for the past 10 years. Back in 2009, with the existing research vessel Aurora Australis nearly 20 years old, he and his colleagues rather boldly decided to put all their scientific eggs in one basket, envisaging the creation of a powerful, purpose-built ship of the future, a vessel big and strong enough to simultaneously undertake a range of sophisticated tasks, many of which then seemed to be squarely in the realms of science fiction. They did a lot of crystal-ball gazing, trying to imagine the future of science and the extent of climate change in 30 years’ time. “We had just one shot at getting this project through government. We were fortunate the federal government understood the profound importance of Australia’s long term connection with the (Antarctic) continent on many levels. It’s a pity that the public generally don’t understand those connections. We hope that Nuyina will provide the catalyst for greater public understanding of the longstanding connection that Australians have with the Antarctic continent. She is a very exciting ship.”

To share some of that excitement with AFLOAT readers, below is a brief guided tour of the ship, starting at the stern and going for’ard.

Sheltered beneath the helicopter landing pad, the afterdeck can support almost every conceivable scientific activity. A large A-frame at the stern and different winches and lifting gear can be used to deploy fishing nets and dredges, robotic vehicles, mooring systems, cameras and sediment corers.

Nuyina has two electric motors (7,400 kW total) powered by diesel generators for silent operations and these can be coupled with two 16-cylinder diesel engines to provide maximum power for ice breaking (19,200 kW total). Two 50-metre-long propeller shafts connect the main engines and electric motors to the 40 tonne propellers at the stern.

The Moon Pool housed amidships is a 13-metre vertical shaft running from the science deck to the open ocean. Equipment such as the CTD (Conductivity, Temperature and Depth) instrument, nets and robotic vehicles can be deployed, even when the ship is in sea ice. The CTD is a workhorse of oceanography that collects water samples at different depths. These provide information on the changes in the ocean’s salinity, temperature, nutrients and plankton.

The Remotely Operated Vehicles (ROVs) are also housed here. These are connected to the ship and powered via an umbilical cord. They can be used to explore the underside of sea ice for krill and the sea ice algae they feed on.

Autonomous Underwater Vehicles are programmed to work independently under sea ice or deep beneath ice shelves. They carry a range of instruments for different purposes, such as mapping the sea floor or under ice surfaces and measuring water properties.

Nuyina’s unique ‘wet well’ is a watertight space beneath the waterline that can process up to 5,000 litres of seawater per minute, piped from large inlets in the ship’s hull. The water feeds into large viewing tanks and filter tables, which allow aquarists to collect krill and fragile organisms, like jellyfish, in perfect condition.

Nuyina has two drop keels which can be lowered three metres beneath the vessel amidships. They house acoustic instruments that use sound to create images of the ocean environment – to map the sea floor or measure the amount of krill or fish in the water. They also contain a hydrophone system to record marine mammal calls.

Nuyina can carry 1,200 tonnes of cargo in up to 96 20-foot shipping containers. One of the two cargo holds can accommodate vehicles including snow tractors, LARCS (amphibious vehicles), rough terrain vehicles and Quadtracs.

As befits a ship of her size and purpose, Nuyina carries a series of smaller support craft. The 10.3 metre Science Tender, housed on the port side just aft of amidships, can carry up to six people and 500kg of cargo. It has a Moon Pool to deploy instruments through the hull and an A-frame to deploy towed instruments.

There are also two personnel transfer tenders and a stern tender that operates as a safety vessel whenever the helicopter takes off and lands from the helipad. Two 16.3 metre X 6.2 metre aluminium barges, deployed by cranes, are housed on the foredeck to transport up to 45 tonnes of cargo in ship-to-shore operations. The fisheries sonar, controlled and monitored from the science operation room and the bridge, uses pulses of sound to detect schools of fish, krill or other marine organisms in the water column around the ship.

Rob Bryson explained that while the scientific requirements were the primary driver in Nuyina’s design, these were closely followed by its icebreaking and resupply capabilities. “The ship needs to run silently,” he said, “so that scientists can use their acoustic instruments, which rely on radiated and reflected sound to map the sea floor or measure the biomass of marine organisms in the water column. But we also need the ship to break 1.65 metres of ice at a continuous speed of three knots. This immediately sets up a conflict in designing a propulsion system and hull form.

“In icebreaking mode we want to break the ice with high thrust on the two propellers, and this generates a lot of noise. In science mode we want the propellers to operate at lower speeds, so they produce less noise with no or fewer bubbles which make noise when they pop.”

To achieve this dichotomy in operation Nuyina was built to a design specification known as “Silent R”, for speeds of up to eight knots. This sets thresholds for the decibel levels permitted for the different range of sound frequencies the ship emits. To help achieve this the ship has a hybrid propulsion system. Two big diesel engines drive the controllable-pitch propellers when icebreaking, while quiet electric motors, powered by diesel generators on flexible mounting systems, power the ship for silent research operations.

Nuyina is much more than the flagship of Australia’s maritime Antarctic operations. This one-of-a-kind research vessel gives Australians every reason to feel justifiably proud.