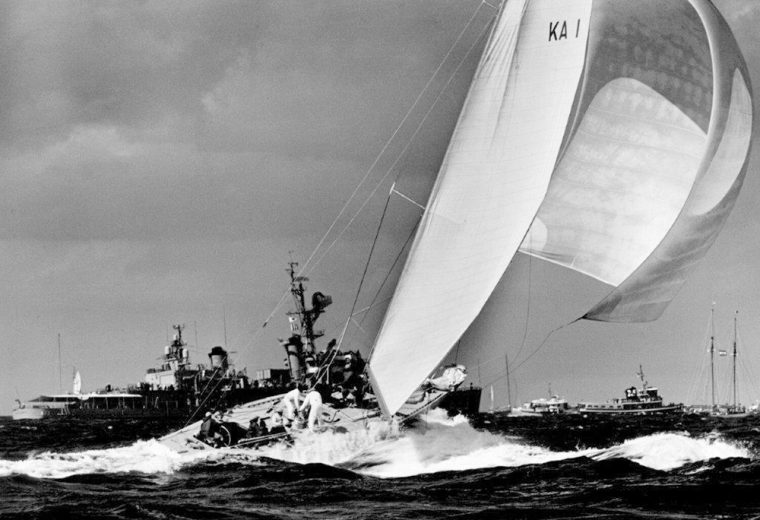 Will the proposed restoration of an Australian Icon be a pipe dream or a fairy tale with a happy ending?
Bruce Stannard poses the $3.6 million question.

In their best-known children’s story, Hansel and Gretel, the Brothers Grimm drew upon the Baltic folk tales from the Late Middle Ages, a world of famine and hardship in which poverty-stricken parents were sometimes obliged to abandon their offspring to the wicked witches and ferocious ogres who inhabited dark and forbidding woods.  In the Grimm’s 1812 version of the tale, both parents agree to send their children, Hansel and his sister Gretel, out into the woods but in the 1857 edition it was the wicked stepmother who insisted that the siblings be put out of the house. The father secretly leaves the children a trail of oats, hoping they will eventually find their way home.

All those bleak childhood memories came flooding back to me recently when I learned that Gretel, the yacht of my boyhood dreams, was up for sale on the far side of the world, in Flensburg, one of the most famous old seaports in Germany. Unlike the child in the early 19th century folk tale, Gretel is no longer young. She has survived some very tough times. To see her now, 62-years-old, decrepit, stripped out and standing stark naked in the snow at the Robbe & Berking Yard, stirs a profound sense of sadness in my heart. When I knew her, she was so beautiful and so fast.

For those of you whose memory might not stretch back as far as September 1962, I can assure you that Gretel was, at that time, one of Australia’s greatest sporting heroines. She had done something that no other yacht had done in the long and often contentious history of the America’s Cup: she made history by winning a spectacular race (surfing home in front of US President John F. Kennedy, no less) and she came within a whisker of winning another against the New York yacht Club defender Weatherly steered by her wily helmsman, Emil “Bus” Mosbacher. All Australian hearts were broken by her eventual defeat in the best of seven series on Rhode Island Sound. But Sir Frank Packer, the Sydney newspaper tycoon who had stumped up the many millions to have Gretel designed by Alan Payne and built by the Halvorsen Brothers, was not a man to quit the contest with a mere bloodied nose.

In 1967 Sir Frank organised a second Cup challenge through the Royal Sydney Yacht Squadron but instead of spending many more millions on a new boat he chose to have Gretel’s underbody altered and updated. The changes did little to enhance her speed and in the best of seven challenge elimination series sailed off Sydney, Gretel went down four-nil to the newly-built Warwick Hood designed 12 metre Dame Pattie. In September 1967 Dame Pattie was in turn thrashed four-nil in Newport by America’s super twelve Intrepid. Undaunted, Sir Frank tried again in 1970 with Gretel II. Once again, Alan Payne’s design genius produced a challenger with exceptional speed in light airs. In what was to be one of the most controversial series in America’s Cup history G2 was 3-0 down before her distinguished helmsman, Sir James Hardy, won the fourth race against Intrepid by an astonishing one minute and two seconds. Hardy won the start of the fifth race and leapt into a 10 boat-length lead but in the light and fickle conditions, Intrepid’s Californian skipper Bill Ficker clawed his way back to a one minute 44 second win. 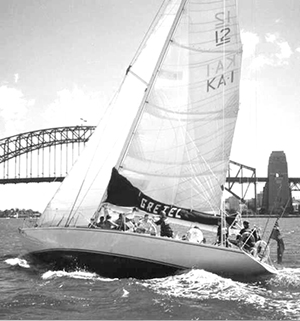 That was the end of the America’s Cup for Sir Frank. But not for Gretel. He sold both Gretel and her trial horse Vim to a brash young Western Australian entrepreneur named Alan Bond who fancied he might just be the first man in history to lift the hallowed silver ewer. After two unsuccessful challenges, Bond allowed the design genius, Ben Lexcen, to try a weird upside-down keel with wings of lead for the 1983 challenge. That nail-biting series went on and on with three wins apiece for the defender, Liberty and the challenger, Australia II.  Australia II’s come-from-behind win to clinch the series in the seventh race changed the course of America’s Cup history.

Australia II now rests in a place of honour within the Western Australian Maritime Museum in Fremantle. But what about Gretel? Alan Bond sold her and for a while she served as an ocean racer, then as a tourist-toting cruiser in the Whitsundays before being on-sold to a Californian syndicate that included designer Doug Petersen. They campaigned her, grew tired of her and sold her to some Italians who took her to the Med. There she languished for several more years until she was at last recognised and rescued by the German businessman, Oliver Berking, CEO of Robbe & Berking, one of the world’s leading specialists in the restoration of historic racing yachts. Gretel has been in his yard at Flensburg for several years while he has sought, unsuccessfully, to elicit interest from individuals or syndicates that might wish to help to revive and preserve this great old warhorse. No one has so far come forward.

I have done what I can to reach out to people in Sydney who should have a direct personal stake in Gretel but thus far they have shown no interest. Which brings us back to the question posed at the outset. Will the idea of Gretel’s restoration and repatriation be merely a pipe dream, or will it have a fairy tale happy ending? Only time will tell.