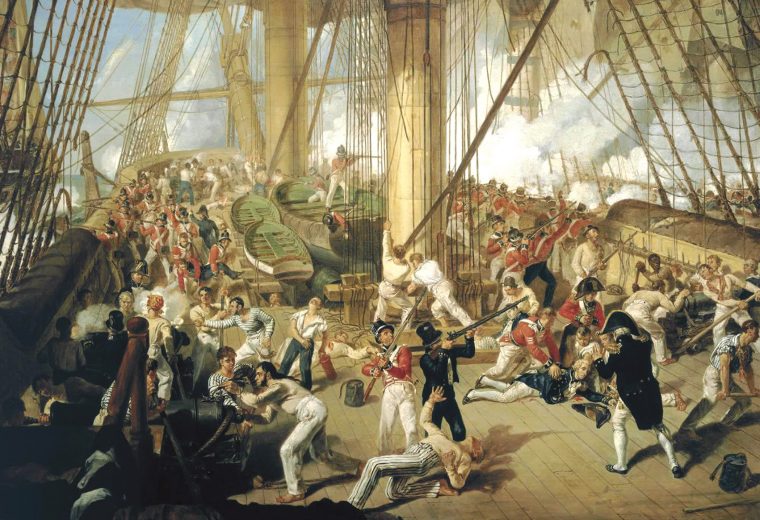 Main photo: In a painting by Denis Dighton, Nelson is portrayed at the moment he falls on his left side. Captain Hardy, with his back to the viewer, advances to assist Royal Marine Sergeant Secker, who is already at Nelson’s side.

Alan Luxton* does some research into Vice Admiral Horatio Nelson and pieces together the facts available from books at the Devonport Maritime Museum.

It was Christopher Columbus and the sailors of his fleets who allegedly brought venereal disease to Europe from the West Indies, on one of his three voyages there. French navigator Louis-Antoine de Bougainville and his crew then took it to Tahiti in 1767.

According to William Bligh the disease was rife and in epidemic proportions in Tahiti by the time the Bounty arrived in Tahiti in October 1788. Bligh had the crew examined for venereal disease before they landed. Huggan the surgeon reported that all was clear. It was a different story when they left. Bligh says that Fletcher Christian and others had to be treated for it. I think Christian contracted the disease just before the Bounty left in April 1789.

The Bounty was at sea when Christian realized he had caught it. So what could he do? He can’t go back to England and face his family and his girlfriend Isabella in his condition. The shame would be unbearable.

So what must it have been like at that time in Europe? Especially in Italy, five years later. Because Nelson was continuously on active service in the Mediterranean from 1793 to 1800.

And how was it that Horatio Nelson didn’t get the disease … or did he?

Nelson was a married man who had to leave his wife in England, while he was posted overseas. He was a regular letter writer and in May 1794 wrote to her saying:

“All my joy is placed in you I have none separated from you: you are present in my imagination be I where I will.”

Nelson lingered at Naples for a year. At Leghorn, just south of Genoa in 1794, he was blockading the port from the French. According to the book Portrait of Lord Nelson by Oliver Warner, Nelson had an affair with a Greek lady. Captain Freemantle who later commanded the Neptune at Trafalgar describes her as Nelson’s ‘dolly’.

“Dined at Nelson’s and his dolly, went to the opera with him. He introduced me to a very handsome Greek lady,” Freemantle writes in December 1794.

Then, in August 1795: “Dined with Nelson, Dolly aboard. He makes himself ridiculous with that woman.”

In 1793 when Nelson was 35 he visited Naples. That’s where he first meets Ferdinand the king of Naples and Sicily, and his wife Maria Carolina the sister of Marie Antoinette. He also meets the British envoy to Naples, Sir William Hamilton and his wife Emma who were married in 1791. He was then 63 and she 26. It was the Hamiltons who acted as interpreters when Nelson was conversing with the king, and it was Emma who sat next to him at dinner and cut his meat up for him. A job Captain Hardy was to inherit when on the Victory. 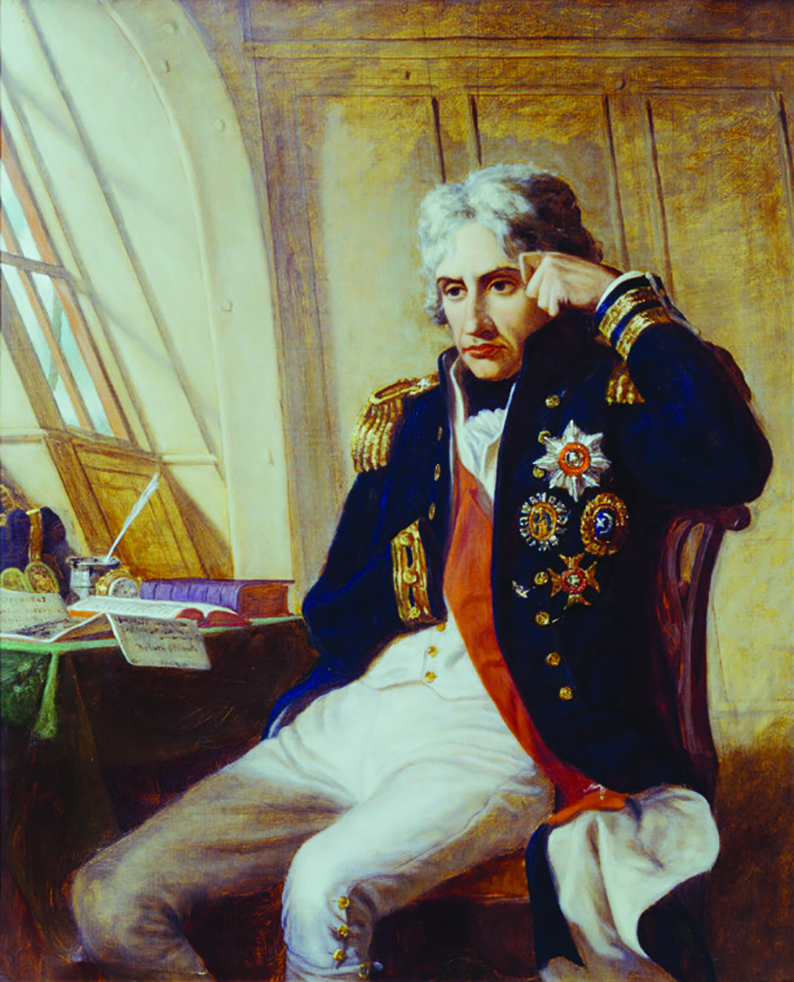 At the Battle of Trafalgar on 21 October 1805, Nelson was commander-in-chief. To place himself out in the open, on the deck of Victory, at the height of the battle was grossly irresponsible.

Captain Blackwood suggested that Nelson should transfer himself to his frigate the Euryalus for safety reasons, and conduct the battle from her. Nelson rejected this and then told him to rejoin his ship. In parting Nelson said, “God bless you Blackwood, I shall never speak with you again.”

Nelson was wearing his dress uniform with its four stars. Was he making himself a target, with one of the stars on his left shoulder acting as a bullseye?

The fatal musket ball entered the left shoulder broke two ribs and penetrated to the left lobe of the lungs and divided a large branch of the pulmonary artery and lodged in the muscles of his back.

His last words to Hardy was to take care of Horatia (his adopted daughter) and Emma Hamilton. Then he asked Hardy to kiss him, which he did. Then Nelson said, “Now I am satisfied, thank God I’ve done my duty.” With that he died, he was 47.

Lord Nelson and Captain Bligh were of the same ilk. Bligh served under him at the battle of Copenhagen and was commended. Duty was paramount in their lives, nothing was as important. Nelson once wrote to his wife saying he would rather die a hero in a battle, and he did.

But was he, like Fletcher Christian, too ashamed to go home? Was that why he ditched his wife? Not because he loved someone else and didn’t love her … but because he did.

*Alan Luxton is a volunteer guide at the Bass Strait Maritime Museum in Devonport, Tasmania.

This story was first printed in Afloat magazine in July 2018