‘arry Driftwood was a regular and much-loved columnist for Afloat. He lived aboard his yacht Driftwood. He was a committed socialist and one of his favourite things was his daily trip ashore for a coffee and an argument – all in good humour. On a bleak and stormy mid-winter day in June 2011 ‘arry fell from his dinghy and drowned. Another old salt and good mate of ‘arry had fallen overboard and drowned in Middle Harbour just weeks before. With startling prescience ‘arry’s final column for Afloat detailed his own moment of rashness in his dinghy. The article below is from ‘arry’s column Rogues Yarn, November 1995 detailing an earlier near miss. It’s a timely reminder to wear a lifejacket.

One should always be conscious of how quickly things can go wrong on the water. In a moment a small breakage, loss, or mishap can change blue skies and kind hearts and seas into lament and often tragedy. Beware, beware, Missuz God is watching all the time and just waiting for a chance to cack on us sailors.

What prompted this superstitious manifestation of dread? I was helping a shipmate with some work on his old timber boat the other Sunday. Well, really we seemed to do more talking than work but we did get a bit done. Me mate had to leave for an appointment about 1530 and I carried on alone. What a bloody self-sacrificing hero!

The wind had been strengthening to the southeast all afternoon and getting colder so at last I’d had enough. The bits and pieces of gear were packed away and the Classical FM station switched off. My wee inflatable dinghy bobbing faithfully astern like a little doggie. Wee inflatables are pretty giggly when boarding at the best of times and in a choppy sea they are more hilarious than just giggly.

The mate’s boat is a smallish (petite) double-ender, ‘tween seven and eight metres, with a rather elaborate stainless steel pushpit. I clambered gingerly over this barrier and nimbly stepped into my wee dinghy. Now just remember, I am like Coleridge’s Ancient Mariner both sorely tried and battered by life’s years and travail. Yes, that’s definitely what I yam.

It’s always a fraught moment when one has one’s lowers aboard the dinghy and one’s uppers still hanging on to the ship – your feet in the dinghy going one way and your body going t’other. Very interesting moments. Well, I survived that (barely) and sat down and cast off in one beautifully graceful movement. A sigh of relief and I reached for the oar attached by swivel thingies and nuts. NUTS! One nut (the starboard) missing, and with it the bloody starboard oar or paddle. I quickly panicked; I think it’s best to get that out of the way first don’t you?

The afore-mentioned elements had now carried me down lee several metres and I was really worried. The rocky far shore wasn’t so far, and if I missed that it was up the Georges River for a hundred kilometres and attack by the Myalls who camped along the banks. I had heard recently that sodomy and cannibalism were still rife along the George’s River; my oath I had.

So, I looked around for help from one of the petrol burners we had been cursing not so long ago, but naturally when you want something it’s never there. The evidence for a Missuz God plain to see. It was just on dusk, the wind gusting about 25, cold, and I was lightly dressed, with no anchor, water or light.

With the intelligence and resource born out of desperation I undid the nut holding the remaining paddle to the dinghy and starting canoeing it from side to side, sitting well forward to the bows. Two metres forward one metre back I battled the sou’easter and the chop – and my age and semi­decrepitude.

The stern of my mate’s boat came to hand just as I was at the end of my tether and I clung like a limpet. My head hanging I sat for a time and reclaimed my breath and courage, and then went to stand up to see if there was a boat I could hail.

The giggly dinghy went northwest and my body went southeast, and I near as God went in the sea; close enough to get half soaked.

There wasn’t a boat in sight apart from unmanned boats on moorings. It was that dead time on a Sunday when all the dilettante had gone home to their Bolger and the late homing sea birds had not yet appeared. Old Drifty was about 300 metres away; a couple of other boats on moorings between and I calculated my chances of making headway between gusts. My spirit returned, and my breath, and I thought I could boat hop until I got aboard my faithful old hooker.

Anyway, I was getting chilled and my doctor told me I had to look after myself. And, I wasn’t allowed to get upset. And, my mum wasn’t there, so I thought I’d give it a go. I tried to leave my alter ego behind to save a bit of weight, but you can’t get rid of the bludgers can you?

Away I went again heading well up to windward. A big game boat now came up the channel but I was committed to doing it my way now and just kept doggedly paddling on. I came abeam of the first moored boat and as I seemed to be winning I kept going for the second. It was a bit of a lifesaver and I clung on to the gunnel for about 15 minutes until I recovered.

Driftwood didn’t seem very far away now and off I went to grab the rail of my dear old home with heart felt relief. I clambered aboard breathless and half sobbing with fear and anger and stripped off my sopping clothing, no longer cold. Ha, ha, ha, ‘arry Driftwood wins again. Yah, yah, yah! But, what if …?

Yair that’s the real point of this minor drama – what if? What if the lee had been offshore? What chance would anyone have of survival with no food or water or lights and with minimal clothing. I know from a spell in the Coastguard how hard it is to find a small boat or person in the water even in ideal conditions of weather and visibility. 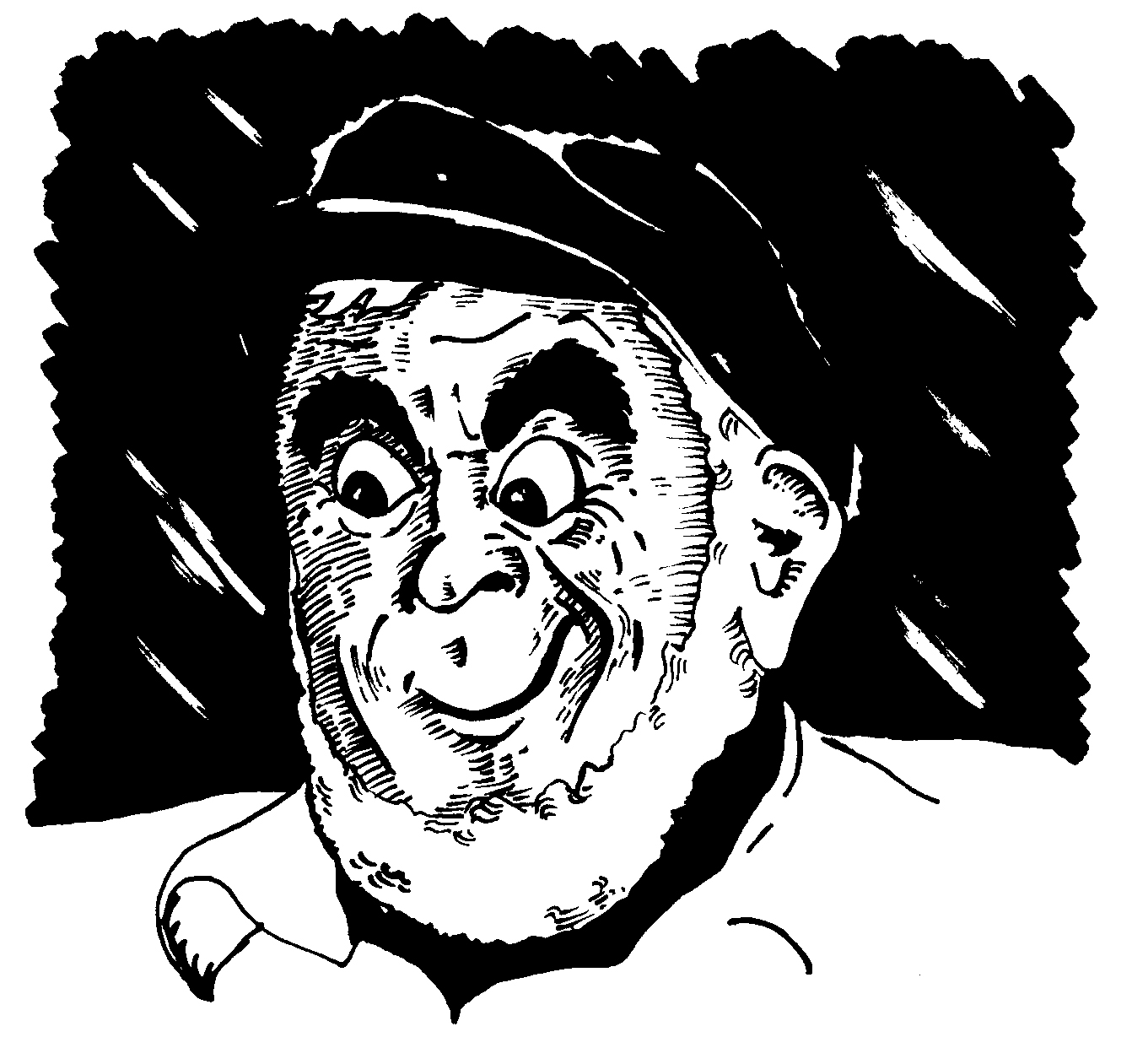 It’s the little details that nail ya, don’t they? The ship was lost for a ha’p’orth of tar. I didn’t notice the paddle was missing before casting off. If the nut hadn’t been ABLE to come off the paddle wouldn’t have gone. Trouble is we tend to become overconfident and blasé about our life on the water – and don’t forget Missuz God is just waiting for a slip and whammo!

I’ll burn some candles when I get ashore!