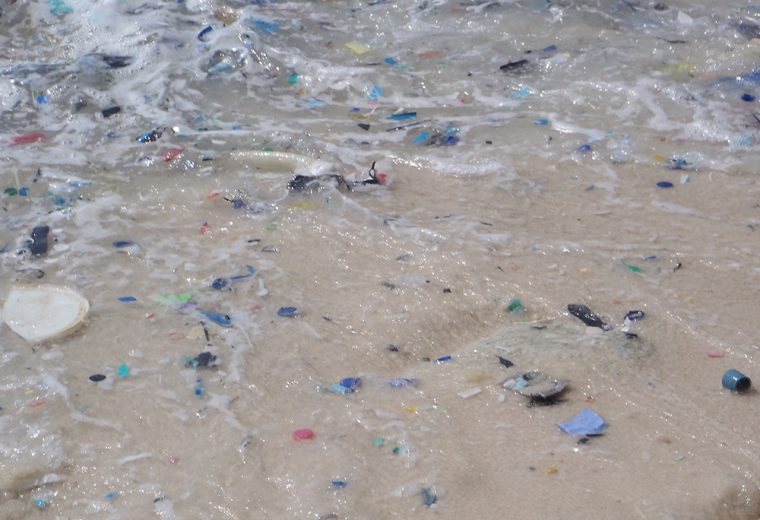 If you think marine plastic pollution on the sea surface is bad, the real horror story lies hidden deep beneath the waves, on the ocean floor. According to the latest CSIRO research there are now some 14 million tonnes of microplastics on the seabed. As Bruce Stannard reports, this is more than double the amount of plastic pollution estimated to be on the ocean’s surface.

The world’s oceans have become a deep-sea sink for microplastics – the tiny, toxic fragments that pose a danger to marine ecosystems, wildlife and human health. Millions of tonnes of plastic enter the marine environment each year, and despite anguished pleas for an end to the dumping, there are no signs this appalling practice will cease anytime soon. On the contrary, all indications point to pollution increasing.

Scientists from CSIRO Oceans and Atmosphere used a robotic submarine to gather material from Southern Ocean seabed sites up to 380km offshore from South Australia. The amount of microplastics recorded was 25 times higher than previous deep-sea studies. Justine Barrett, who led the CSIRO study, said the global estimate was based on the results of deep-sea plastic densities scaled up to the size of the oceans.

Dr Denise Hardesty, Principal Research Scientist and study co-author, said plastic pollution of the world’s oceans was an internationally recognised environmental issue with the results indicating the urgent need to generate effective plastic pollution solutions. “Our research found that the deep ocean is a sink for microplastics,” Dr Hardesty said. “The number of microplastic fragments on the seafloor was generally higher in areas where there was also more floating rubbish. We were surprised to observe high microplastic loads in such a remote location. By identifying where and how much microplastic there is, we get a better picture of the extent of the problem.

“This will help to reduce plastic ending up in our oceans by avoiding single-use plastics, supporting Australian recycling and waste industries and disposing of our rubbish thoughtfully, so it doesn’t end up in our environment. Government, industry and the community need to work together to significantly reduce the amount of litter we see along our beaches and in our oceans.”