A long lockdown can lead to mould & mildew 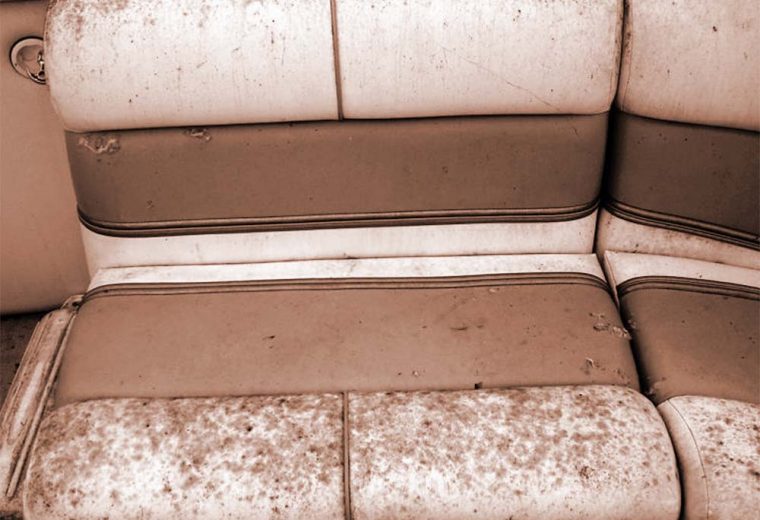 Above: Hopefully this is not what awaits you when you get to return to your boat.

Covid has affected many sailors. I was told how lockdowns have caused problems for Hamilton Island Race week with boats berthed at Hamilton Island and crew members unable to get there.

One of the more mundane problems that a lockdown may contribute to is that with boats being shut up for long periods is that musty smell and mould and mildew that may develop inside the boat.

Mildew is a form of mould but the main difference is that mildew usually remains on a surface whereas mould can penetrate a surface.

Most boats are not airtight but when they are shut up there is limited or no free flow of air. During the day as the sun shines on a boat the air inside the boat will heat up. If there are windows that allow the sun to penetrate into the vessel it can get quite hot inside, basically like a greenhouse. The hotter the air the more water vapour it can hold. A very rough rule of thumb is for each degree of temperature the air can hold one gram (one millilitre) of water per cubic metre. So, if the temperature reached 25°C degrees inside the boat each cubic metre could hold (maximum) 25ml. If the vessel’s interior is 10 cubic metres there could be 250ml (a cup) of water in the air.

If the temperature drops to 5°C overnight the air will only be able to hold about 5ml per cubic metre. The other 25ml will condense out, for our ten cubic metre interior that is 200ml. Where this condensation will happen is usually on the coldest part of the boat which overnight is usually the windows. The water will collect on the glass/perspex and potentially run down the windows and gather.

This condensation will probably not totally evaporate and a new influx of moisture in the air may occur over the next few days. This will slowly add to the amount of water in the air and on surfaces in the boat. The amounts of water are relatively small so no danger of sinking. However, fabrics will get damper and damper and with the daily increase in temperature during the day the atmosphere within the boat can become hot and sultry; ideal mould and mildew conditions.

A simple solution of vinegar and water will get rid of many moulds or mildew on hard surfaces but on fabrics it is a little harder and the mould may permanently mark or damage the fabric.

There is often microscopic dust on the windows and as the water dribbles off the window it can deposit the dust into crevices. Over time the crevices fill up with the dust and you may get some tiny plant life growing.

Basically the key to prevent mould and mildew occurring is good ventilation. Small solar powered fans that keep the air circulating and move air in and out of the boat work well.

There are many hints to preventing mould and mildew and how to get rid of it if it occurs – just ask Dr Google. So when lockdown ends maybe set aside a few hours, go down to your boat, open it up to ventilate and give it some TLC (elbow grease).