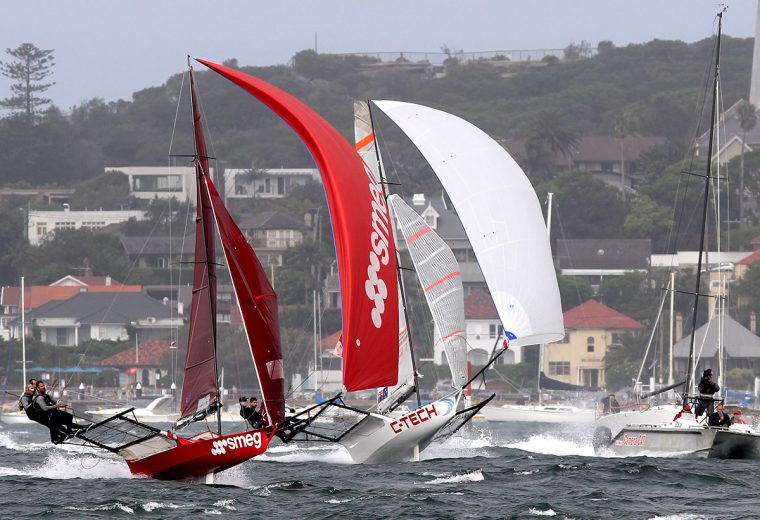 On Sunday February 24, 2013 the Australian 18 Footers League hosted one of the most spectacular 18ft Skiff races ever staged on Sydney Harbour.  The race was Race 7, which was the final race of the 2013 JJ Giltinan world Championship.

Thurlow Fisher Lawyers (Michael Coxon, Dave O’Connor, Trent Barnabas) went into the race in third place and retained that placing despite capsizing twice while leading the race.  One capsize was on-the-wind, the other as the team attempted a mark rounding at the Shark Island Totem Pole.

Adding to the drama of the occasion, a strong North East wind (25-knots) blasted across the harbour in the face of the fleet, and produced some great action and numerous capsizes.  Only 19 of the 31 teams entered for the championship were able to complete the course.

The defending champion Gotta Love It 7 team was faultless on the day and won the race, and took the title by just two points from Coopers-Rag & Famish Hotel.

The other winners were the spectators on hand to witness the live action and the photographers who got to capture it all.