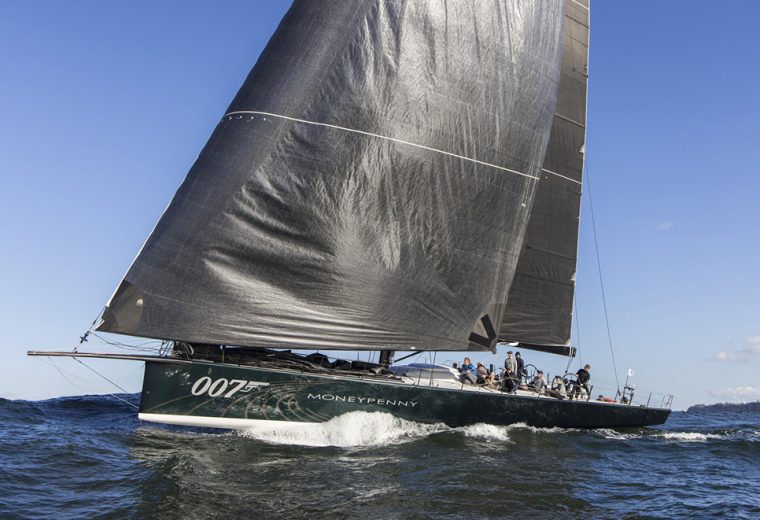 This is Langman’s third win on IRC in the race which he now sponsors, as Managing Director of Noakes Group.

Moneypenny took the lead on IRC after finishing on Monday afternoon (local time), with the 52-foot boats her most likely challengers.

But they came and went, with the remaining contenders also unable to bridge the gap.

Moneypenny finished 24 minutes ahead of Matt Donald and Chris Townsend’s TP52 Gweilo (skippered by Peter Merrington) on corrected time, while Gordon Ketelbey’s TP52 Zen was a further two minutes back in third place.

“We were right on the pace from the get go,” Langman said. “It was very difficult to get out of the Harbour and we picked that quite nicely.

“We let the boat do what the boat does. It really enjoys those conditions, upwind, and waterline reaching, where the other boats aren’t planing.

“Everything we’ve done was to maximise its performance for a race like this. It’s really nice, and odd, to win your own race.”

“It’s by far the best crew I’ve ever sailed with in my life,” he said. “We’ve got quite a lot of pros on board, mixed with some longstanding, long suffering mates.

“I’m happy for them, especially for Josh Alexander, who has stuck with me through thick and thin.”

Langman will lift the Peter Rysdyk Memorial Trophy, awarded to the overall winner on IRC, at the Noakes Sydney Gold Coast Prizegiving at 11am today.