The Vendée Arctique – to Iceland and Return 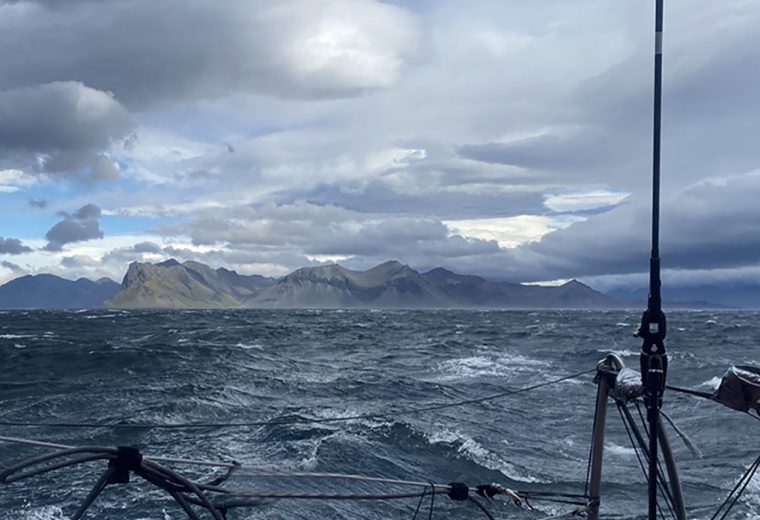 The second edition of what was originally a 3,500-nautical mile trip around Iceland and back to Les Sables d’Olonne, saw the course being shortened by race director Francis Le Goff because of a dangerous depression in the North Atlantic. It was then “neutralised” at a virtual gate off the east coast of Iceland before the decision was taken not to re-start it.

The strong low pressure system in the North Atlantic near Iceland proved to be more dangerous than first forecast so the race direction decided to make the Iceland Gate – to the east of Iceland – the finish line.

Three solo skippers had already crossed the gate, Charlie Dalin (APIVIA), Jérémie Beyou (Charal) and Thomas Ruyant (LinkedOut). The increasing threat from the low pressure made the decision obvious, considering the need to allow the solo racers to remove themselves from the worst threat as soon as possible, either by taking shelter or sailing away from the worst of the winds.

This meant this unique contest was won by Charlie Dalin on APIVIA, with Jérémie Beyou second on Charal, with Thomas Ruyant third on LinkedOut. Behind them four sailors – Manuel Cousin, Isabelle Joschke, Arnaud Boissières and Denis Van Weynbergh – decided to abandon the race, the last three within 50 miles of the new finish line. Several others suffered damage to their sails or deck gear, but managed to continue to the finish, with 20 of the 25 starters completing the shortened course.