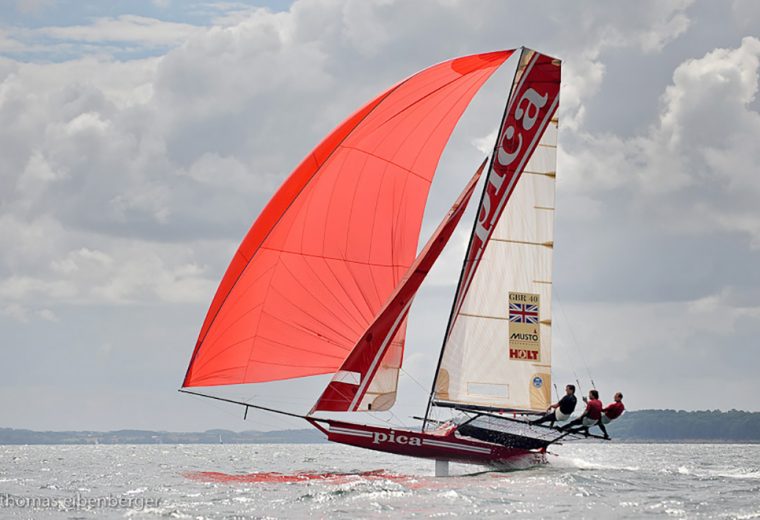 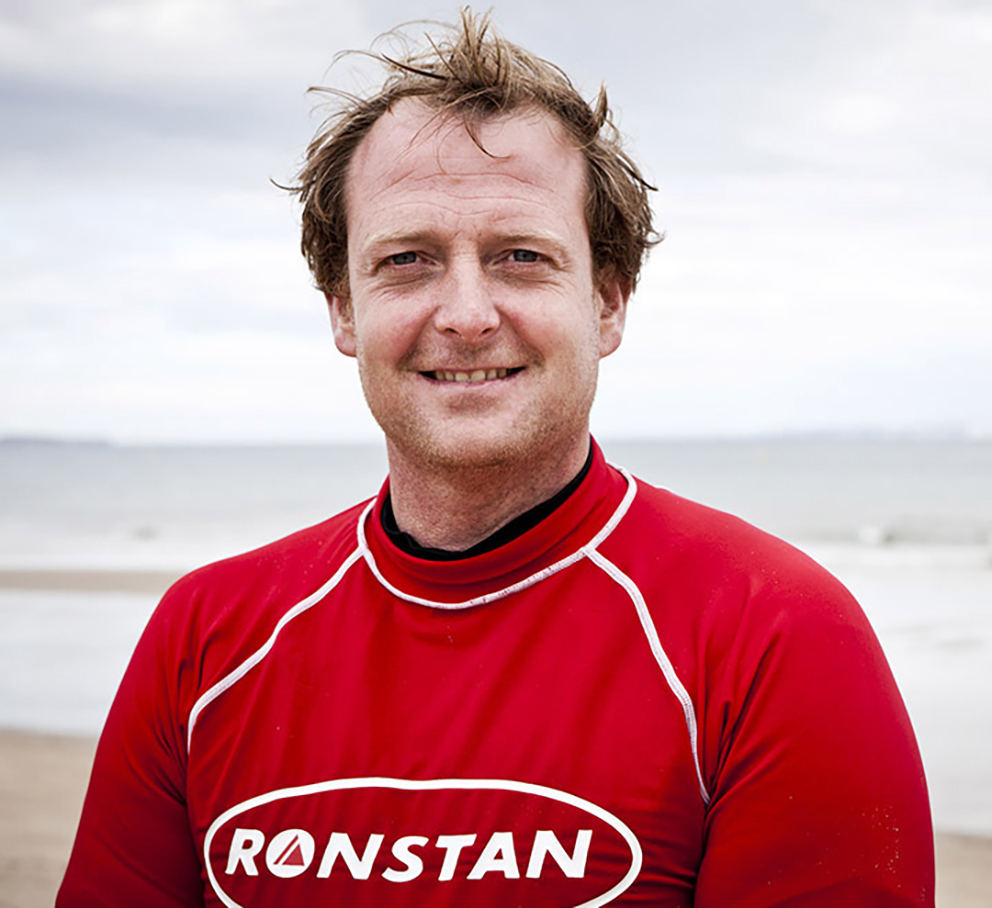 The 18 footers class lost one of its champion sailors last month when UK and European champion Jamie Mears lost his life following a tragic mountain bike accident in Italy.

After a successful period in the B14s during the early 2000s, Jamie, together with his brother Stewart, joined the 18 footer ranks in 2008 when he campaigned his PICA skiff throughout the UK and Europe.

Jamie, along with his brother Stewart (bow) and Tristan Hull (sheet), contested the international Mark Foy Trophy at Sonderborg, Denmark and finished second to Australia’s JJ Giltinan champion John Winning.  The placing gave Jamie and his PICA team the title European champion of 2011.

Jamie also led the PICA team to Australia in 2013 and 2014 to contest the JJ Giltinan Championship on Sydney Harbour.

In 2013, with Stewart Mears and Tristan Hull, Jamie skippered PICA into 11th place overall, in a strong 31-boat fleet, and recorded a best place 5th (in Race 3) as well as two other top ten placings in the six-races contested during the regatta.

In 2014, this time with Stewart and Matt Searle, Jamie skippered PICA into 17th place in a 34-boat fleet from six countries.  The team had best placings of 7th and 8th in races 2 and 3, but disappointing placings in the next three races proved costly in the overall standings.

Club President John Winning expressed his sympathy on behalf of the Australian 18 Footers League, “It’s a sad loss for his family and the 18s.  While I didn’t personally know Jamie that well, I know that he and his brother were very good 18 footer competitors when we met in major championships.”

League Director Grant Rollerson, who competed many times against Jamie and his PICA team, added, “Jamie will be remembered as one of the great UK skiff sailors of his era.”

“He always campaigned hard and with his brother Stu and, normally someone else with a fair bit of talent, like Tristan Hutt, Sandy Ramus or Matt Gill, they posted impressive results for years on end.  Jamie embodied the classic skiff yachtie; tough as nails on the water and fast to buy you a beer on land.  Sail on mate.”

Sandy Ramus, “Obviously, we are all totally knocked for six right now but I will say that Jamie was a full charger whether it was in the 18, on the mountain or indeed in the bar.  I never saw the guy back off, it was always foot to the floor.  He was a passionate and very talented sailor and I was lucky enough to race with and against him for the best part of 25 years.”

“The 18 suited his personality well and he taught me while sailing it that you have to get fully stuck in and never hesitate.  Recently we had spent a lot of time together taking our sons to Optimists events and we both enjoyed watching the next generation coming through.  He will be desperately missed by me, and indeed all.”

Ben Clothier recalls, “While I was running the UK 18 Grand Prix series Jamie and Stewart were absolutely key to making the UK Class work during that time.”

“Jamie was hugely supportive of the class and other competitors in his calm understated style.  He was keen that the game was good for all taking part.  One of a rare breed of hugely competent people who didn’t feel the need to publicise or force his opinion.”

“He set the bar for us in performance and conduct on the UK and European circuits, which made for some great years of competitive, fun and sociable racing.  We all know the attitude and physicality that is needed to push a skiff and Jamie had this in spades.”

“Jamie was a leader by example and his skill, knowledge and generosity was hugely respected and appreciated by all that knew him on the circuit.”

Nic Tolhurst also recalls, “Jamie was well known to the skiff community.  Firstly, starting in the early 2000s in B14s, where he narrowly missed out on the world championship title, on count back, on one occasion.”

“He was a big supporter of the 18’s and regularly travelled the venues of Europe and twice made the trip to Sydney.  A fierce competitor on the track and a gregarious character in the boat park, he was widely respected and will be sorely missed.”