A celebration of Women’s sailing on Sydney Harbour 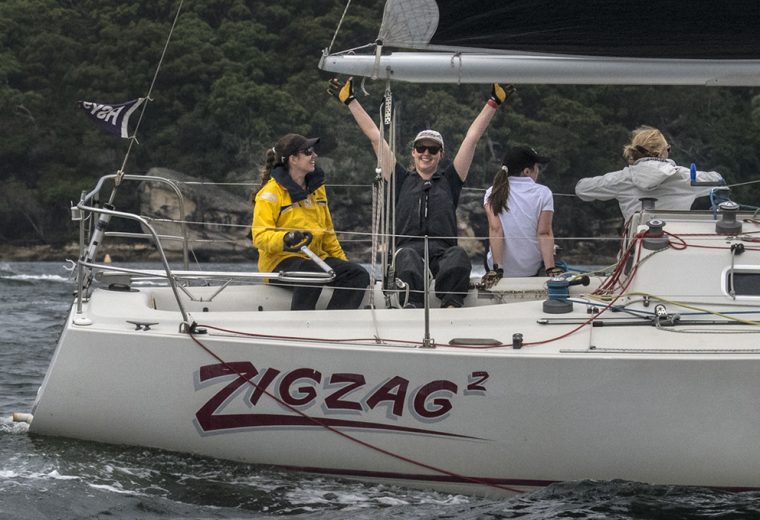 More than 60 sailors from across Sydney Harbour gathered at the Royal Sydney Yacht Squadron on 26 April to celebrate the conclusion of the 2021-22 Sydney Harbour Women’s Keelboat Series (SHWKS).

Guests were treated to a Q&A session with two of the fleet’s participants: Wendy Tuck, the first female skipper to win the Clipper Round the World Race, skippering the 70 foot yacht Sanya Serenity Coast, and Kathy Veel, co-founder of Women on Water and co-skipper of Petersen 46 Belles Long Ranger (formerly Ragamuffin) in the Sydney to Hobart. Both sailors are embarking on two-handed campaigns for the 2022 Sydney to Hobart.

Catherine Thornton-Rofe skipper of KAOTIC commented, ‘The SHWKS has been a great initiative. This collaboration between the clubs around the harbour has created more opportunities for women in sailing. It’s been an exciting series, not only for the challenging competition but also for developing camaraderie between female sailors at different clubs. I think the event will go from strength to strength and attract more competitors each year.’

Congratulations to all the winners!

The aim of SHWKS is to grow female participation in competitive sailing and bring together boats from all clubs on Sydney Harbour. The series comprised five races over the 2021-22 summer sailing series. The Cruising Yacht Club of Australia  kicked off the series with race 1 in October 2021; Middle Harbour Yacht Club hosted race 2 in November 2021. At the end of January 2022, the Royal Sydney Yacht Club hosted race 3; Royal Prince Edward Yacht Club ran race 4 in February 2022 and the final race in the series coincided with Manly Yacht Club’s Women’s Challenge in March 2022.

Boats nominated to sail with a female helm, or all female crew, spinnaker or non-spinnaker.  Some boats signed up for the series, others just for individual races.