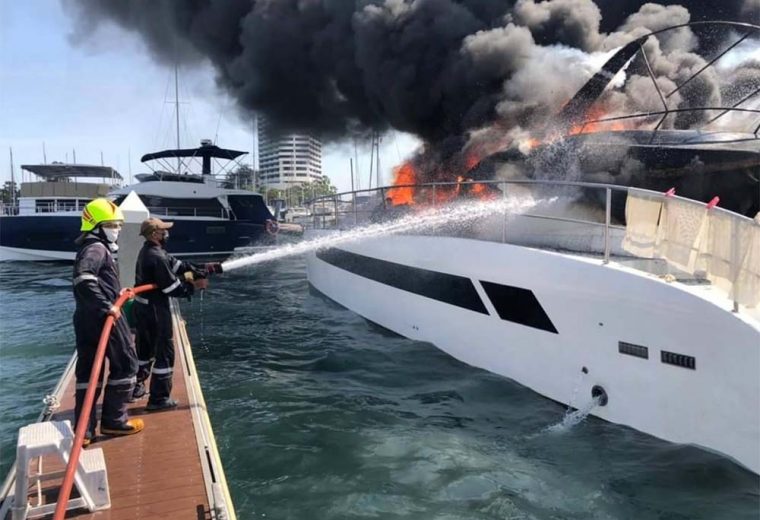 A luxury catamaran has gone up in flames at a marina in Pattaya, Thailand, causing an estimated 18 million baht (AUS$740,000) of damage, according to media reports.

The fire broke out on a yacht at the Ocean Marina Yacht Club in Sattahip district, the Bangkok Post reports.

A video posted to the We Love Pattaya Facebook page shows smoke rising into the air from the boat, which was moored at a pier.

Four fire engines dealt with the fire, which broke out before 11am and took around half an hour to extinguish, according to reports. Firefighters had to pull a water pipe 50 metres to the scene.

Pol Col Santi Chucherd, chief of the Na Jomtien police station, told media that no one was on board the yacht when the fire broke out. The fire is suspected to have been started by an electrical short circuit, although forensic officials are examining the yacht to establish the cause.