Fire breaks out at Ferretti factory 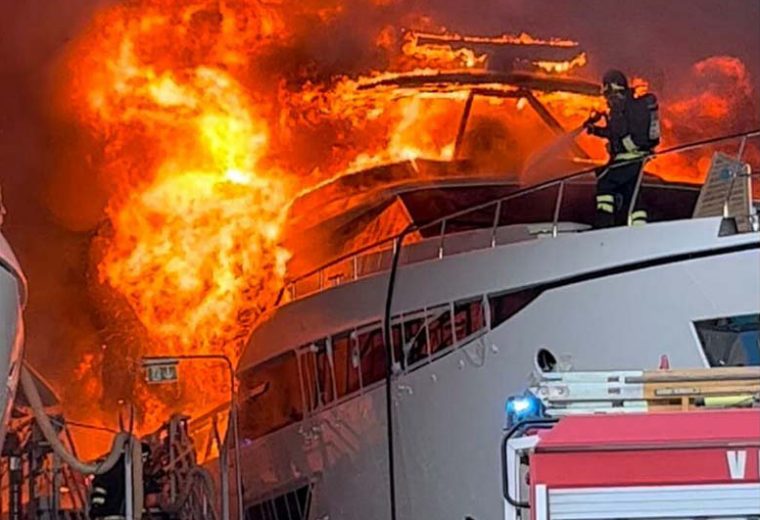 A fire has broken out at the Ferretti shipyard in Cattolica. The video footage shows flames engulfing one boat and firefighters on the scene.

According to news outlet, Corriere Romagna the fire destroyed a 30-metre yacht worth 10 million euros which was ready for delivery.

According to reports, the fire broke out around 9.30am. Five fire brigade teams and a total of 11 firefighters were on the scene. Correire Romagna reports that the fire was put out by late morning.

According to Ferretti’s website, the Cattolica production site opened in 2001, covering a total area of about 14,000 m2, including 9,000 m2 of indoor facilities and 16 assembly stations. The yard has the capacity to build up to 16, 20 to 30-metre motor yachts at a time.‘The production layout was inspired by an island construction model, where each workstation is completely independent. Once a boat is complete, she can then be moved out through a convenient access point at the front without disrupting the other stations.’