Beck will be back for another go at Rolex Sydney Hobart 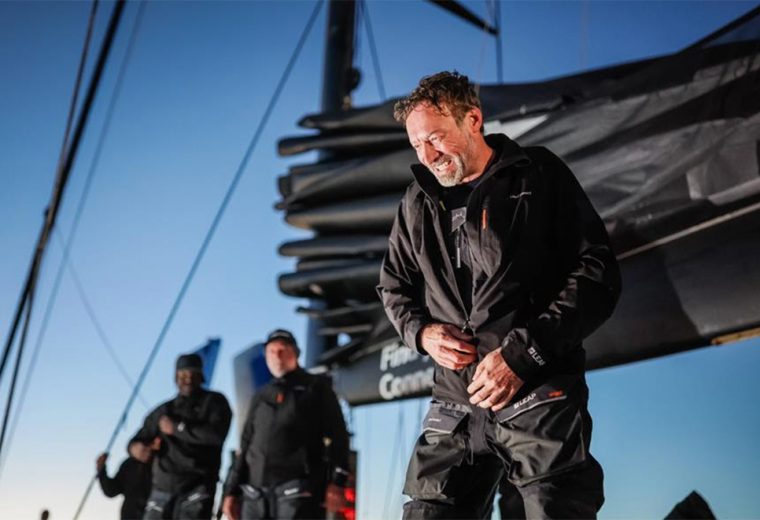 Christian Beck’s opening line when LawConnect docked in Hobart, having crossed the 2021 Rolex Sydney Hobart Yacht Race finish line in second place early this morning, was: “I seriously don’t ever want to do that first day and night again – ever!

This is the first time in a few years that the race has been what yachties call “a traditional Sydney Hobart”. And by that, they mean a hard southerly bash with rough seas to boot.

That is what the Cruising Yacht Club of Australia’s 628 nautical mile race delivered for the top third of the fleet.

Another blow is on the way, so those still at sea have been told to expect another southerly blow. Two for the price of one. The bigger boats got the better part of the deal.

Beck admitted that “good crew is very important to have. This is a big boat with big gear and high loads. It’s a situation where if you have the wrong people, someone could die. These boats are very high tech,” he said of the canting keeled water ballasted 100-footer.

On the first night out, LawConnect’s water ballast blew up, meaning they were starved of electronics and weather information. “We didn’t know where the other two (Black Jack and SHK Scallywag 100) were because we lost all power. That made things particularly hard for Brad,” Beck said, referring to his navigator, Bradshaw Kellett.

“We had a great race with Black Jack, and if we had to be beaten, I’m glad for Peter (Harburg). He’s had some bad luck in this race, so I’m pleased for him and the crew,” the Sydney software supremo conceded.

Describing the best part of LawConnect’s race, Beck said: “Waking up in the morning and finding we were 15 miles ahead of Black Jack. They overtook us and then we got the lead again and you know the rest. We were also happy with the start.”

Asked why he gave a handful of his staff the unusual privilege and opportunity of doing the race on a boat most sailors would give their eye teeth to race on, Beck said, straight-faced, “corporate entertainment.

“Well, the last few years have been pleasant compared to this race,” he explained.

This time there were four staff on board. I wondered if they would still talk to him after being introduced to the niceties of offshore racing in such horrible conditions, broken loo and all.

“They seem alright, but if they don’t turn up for work, I’ll know they’re not happy with me,” he said with a grin.

Seasickness among some of the crew, Beck said, was part and parcel of this race.

“Some were so memorable for the wrong reasons that I won’t repeat it (pardon the pun),” he said with a big smile.

And while his navigator, Kellett, said, “we’re the bridesmaids again”, LawConnect’s owner doesn’t quite see it that way.

“I wouldn’t do anything different. Nothing significant broke, the crew did everything right, and we made it here – in second place – and we’ll keep racing.”