Original Sin takes line honours in the Cock of the Bay 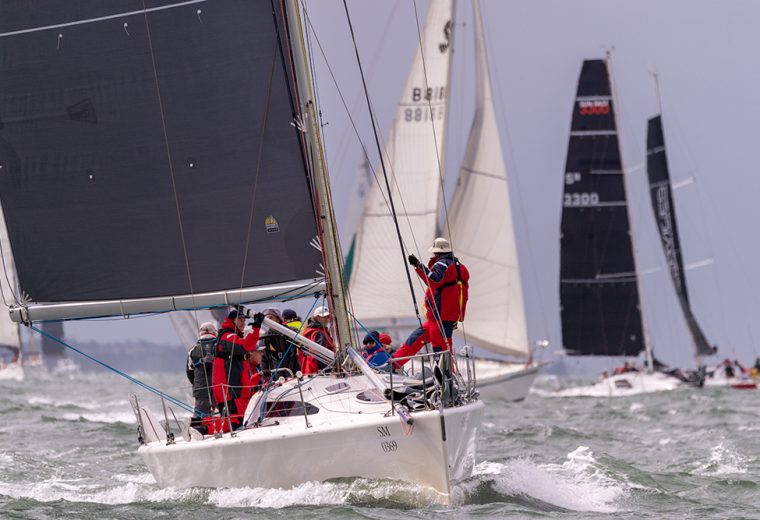 Main photo: Tacking all the way down the bay was a winning tactic. Photo Michael Currie

Under grey skies and light rain falling, 84 yachts with more than 600 crew onboard, set sail from Port Melbourne in the Ocean Racing Club of Victoria’s annual Cock of the Bay race to Blairgowrie.

With a strong southerly blowing during the day most of the fleet tacked continuously across the rhumbline to the Mornington mark before easing sheets and enjoying a fast reach to the finish line.

Media boats and news helicopters followed the fleet as they started and with a strong southerly and choppy sea it was time for the crews to work off their Christmas lunch.

At the first mark it was Bryan Dorman’s 60-footer Journey leading the fleet closely followed by Robert Green’s Pacific 50 Dream with Original Sin nipping at their heels.

Rounding the Sandringham mark navigators were put to work plotting the best southerly course to the finish. As they passed the Mornington mark, Race Director Jeremy Walton commented, “I could not see any gaps between the first four yachts. Original Sin, Dream, Journey and Rush. It’s going to be close, very close race to the line”

Walton added “the Beneteau First forties have had a magnificent run down the bay” and are nipping at the heels of the bigger boats. As they passed the last mark it was a drag race to the finish. This is one of the best Cock of the Bay races we have seen for years”