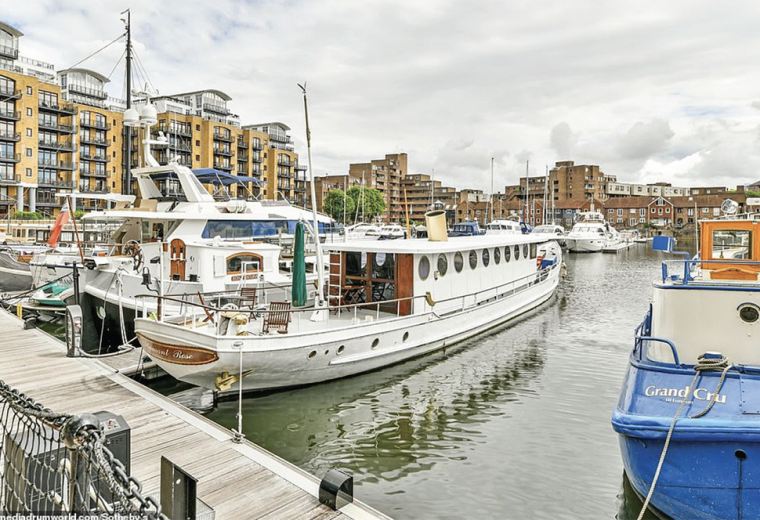 The Flamant Rose (French for pink flamingo) is being sold by celebrity hypnotist and author Valerie Austin from its mooring in St Katherine Docks marina in central London.

Ms Austin’s husband, fellow hypnotist and author James Pool, bought her the cruising yacht 25 years ago as a gift during the early years of their marriage.

“We were a fairly new couple at that time, we’d just got married. We kept our own accounts so I didn’t really know he could afford it,” she said.

That purchase carried on the vessel’s tradition as a “love boat” after Edith Piaf, singer of hits such as Non, je ne regrette rien, used it to carry out a passionate love affair with married boxer Marcel Cerdan.

The boat was moored on the Seine but would act as a kind of ‘tour bus’ and follow Piaf around France’s waterways so the French chanteuse could meet Cerdan while she was on tour. Cerdan was killed in a plane crash in 1949 on his way to meet Piaf in New York.

“Edith Piaf had the boat when it was her happy time, before her boyfriend was killed,” said Ms Austin. “She used to do séances there because it has an iron hull, which is supposed to be spiritually electric. I’ve had quite a few top psychics on board and they all love the feeling of it.”

Although large enough for three cabins, the 150-year-old boat has just one, decorated with gold drapes, shearling rugs, a padded cream ceiling and walls and a free-standing gold bath “for a boudoir feel”.

Sotheby’s International Realty’s website describes the Flamant Rose as ‘an open concept design which incorporates a wonderful setup for indoor/outdoor entertaining. The historic charm of the yacht is felt throughout and the large study and fully fitted galley area leading to the expansive bedroom/boudoir which encapsulates the romantic environment reminiscent of Edith Piaf’s style.’

Guy Bradshaw, who is handling the sale, says: “The Flamant Rose is not just a houseboat, you are owning a unique piece of history with arguably one of the world’s most romantic stories.”