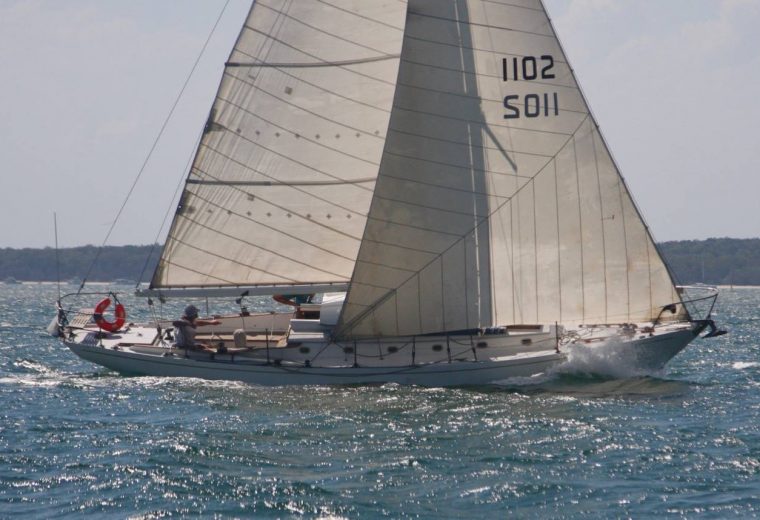 Entries are open for the annual Gladstone Ports Corporation the 29th Surf to City Yacht Race on 22 January 2022.

The race commences at the fabulous Gold Coast, off Southport in the vicinity of the Seaway, and finishes within Brisbane waters just off Shorncliffe, with offshore and inshore competitors in various divisions.

The fleets cover monohulls and multihulls, truly making the spectacle event a Race from “Surf to City.” Holiday makers and spectators around the Gold Coast Seaway area are treated by the spectacle of up to 100 plus boats under sail, around the various start times.

The 2022 race, being the 29th anniversary event, is organised and hosted by Queensland Cruising Yacht Club (QCYC) and run with the assistance of Southport Yacht Club.

The 2022 event will be overseen and directed by QCYC Vice-Commodore Harley Cowlishaw, himself a veteran of and inaugural competitor in the event. Speaking about the upcoming race, Vice-Commodore Cowlishaw stated “The 2022 Gladstone Ports Corporation Surf to City is shaping up to be a fantastic event with strong interest already from both offshore and inshore yacht owners, now that entries are open. Offshore owners view the event as not only a short tactical ocean race but as the easiest way to qualify for the annual Brisbane to Gladstone race starting on Good Friday 2022.”

A number of marina berth stay prize packages are open to entrants in both offshore and inshore courses to enable stays at the Gladstone Marina, whether the boat later competes in the Brisbane to Gladstone Yacht Race, or the use is put toward a staging point from which to cruise and explore the southern barrier reef from Gladstone.

The Line Honours offshore monohull winner competes for the Australiawide Boat Sales Cup which was won by Maritimo in 2021.  The overall 2021 Surf to City offshore PHS and IRC Div 2 winner “Joanne Brodie” [pictured] was a competitor in the 2021 Gladstone Ports Corporation Brisbane to Gladstone race fleet, but unfortunately she did not finish, and was unable to demonstrate her much anticipated competitiveness in PHS.