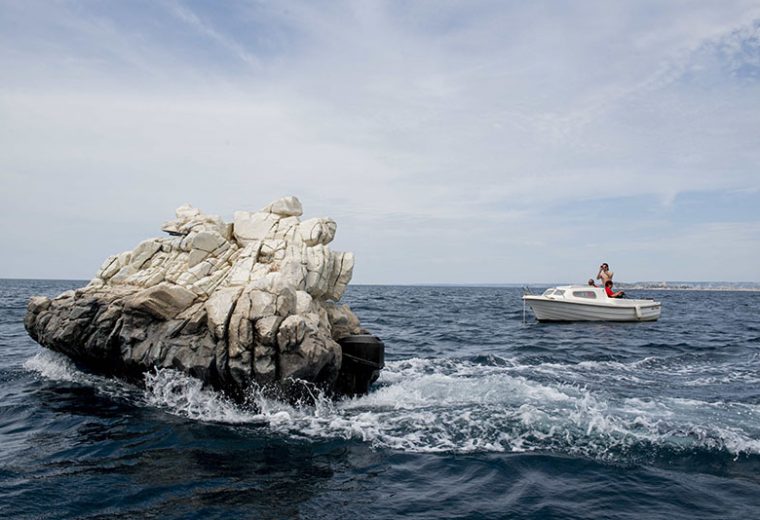 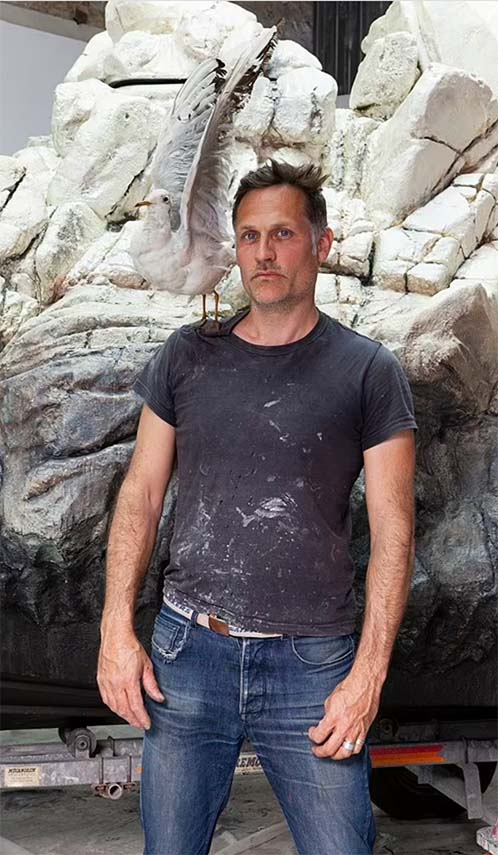 French artist Julien Berthier, 46, from Paris, has created a camouflaged boat that masquerades as a floating rock.

Berthier used mostly polystyrene and epoxy resin to transform an old boat into what appears to be a rock formation which resembles the coast around Marseille, France.

Video shows the boat – named ‘L’invisible’, or ‘The Invisible’ – moving into the Mediterranean as fellow boaters look on in astonishment.

Mr Berthier is famous for his outlandish creations, having created a ‘permanently sinking boat’ in 2010 which was a fully operational vessel despite appearing half-sunk in the water.

His latest project began in September 2020 but due to Covid restrictions the six weeks of solid work was broken up, meaning the boat was only launched in June this year.

“I wanted to create something that intruded on the landscape as little as possible.

As an artist these days everything can be about being as loud as possible, to stand out as much as possible on Instagram and social media.

L’invisible is an artificial rock that can be driven and moved around. It modestly intrudes the environment of Marseille’s creeks and softly modifies its landscape. The invisible navigates between the decor, the enhanced reality, the leisure object, the survivalist anguish and the ecological stakes.” said Berthier