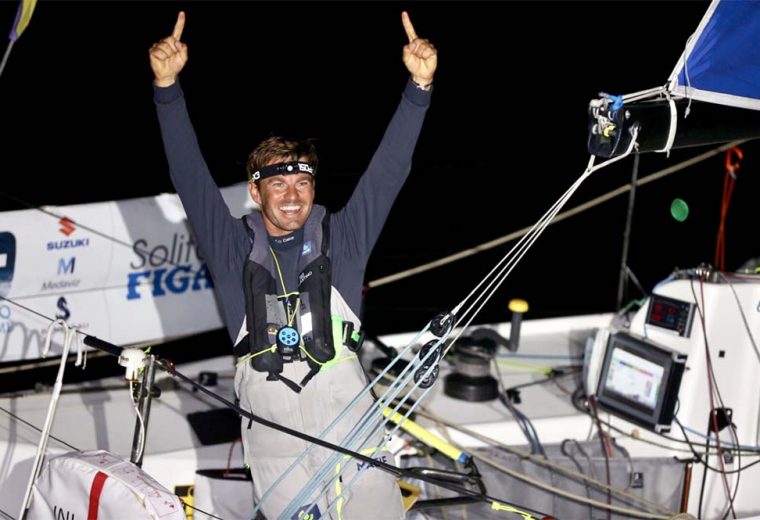 The former French Olympic squad 470 sailor turned successful youth match racer, who was 29 years old on Tuesday and originates from Marseille, won Stages 2 and 3 after placing second on the opening stage and today held on to a winning margin with his accomplished ninth place this evening.

Ninth overall on last year’s race Quiroga has consistently shown the hallmarks of a future La Solitaire du Figaro champion on each of the four stages. On Stage 1 from Saint Nazaire across the Bay of Biscay to a mark of the NW of Spain to Lorient he pulled back six places on the final miles into Lorient to finish runner-up behind Xavier Macaire (Groupe SNEF).

On the second, technical coastal stage – around the tip of Brittany to Fécamp – he proved he was happy to make his own independent, attacking decisions, taking risks in order to extend his overall lead. And on the third stage he twice came back from positions in the main pack to retake the lead and so secure his second consecutive winning gun into Roscoff.

After starting the final stage with a lead of 1 hour and 53 minutes, today’s final 50 miles saw him relying a bold southerly option seeking to stay with the best of a dying breeze. Quiroga had some nervous moments, most of all not knowing where his nearest rival Macaire was, but he triumphs by an overall margin of 48 minutes and 22 seconds after 14 days 16hrs 24m and 45secs of racing, and becomes the first Mediterranean skipper to win La Solitaire du Figaro since 2002.

While Pierre Leboucher (Guyot Environnement-Ruban Rose) won Stage 4, the first Leg win of his career, finishing 4 mins and 46 seconds ahead of Macaire, Ireland’s Tom Dolan (Smurfit Kappa-Kingspan) took third, 16 minutes and 16 seconds after Leboucher and 11 minutes and 40 seconds behind Macaire. Dolan, back fleetingly in his home waters, led the 34 boat fleet around Fastnet Rock, four minutes ahead of Xavier Macaire just after 0240hrs on Tuesday morning.

Xavier Macaire takes the overall runner up position, adding to his second place overall in 2013 and third in 2015. 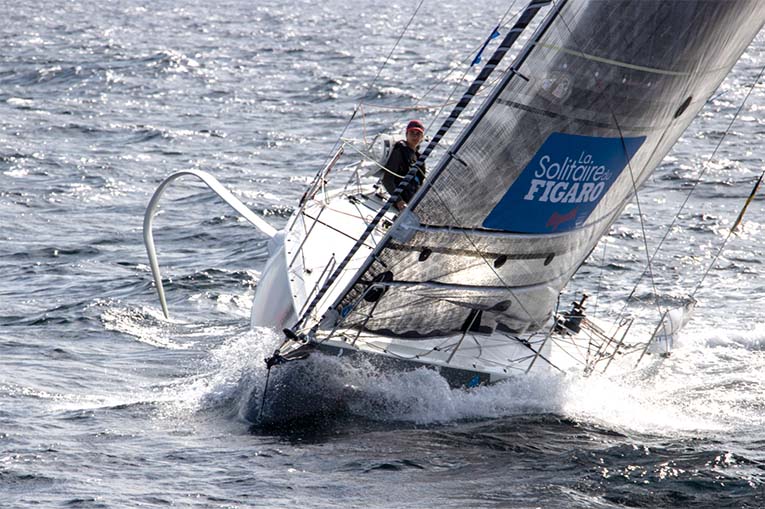