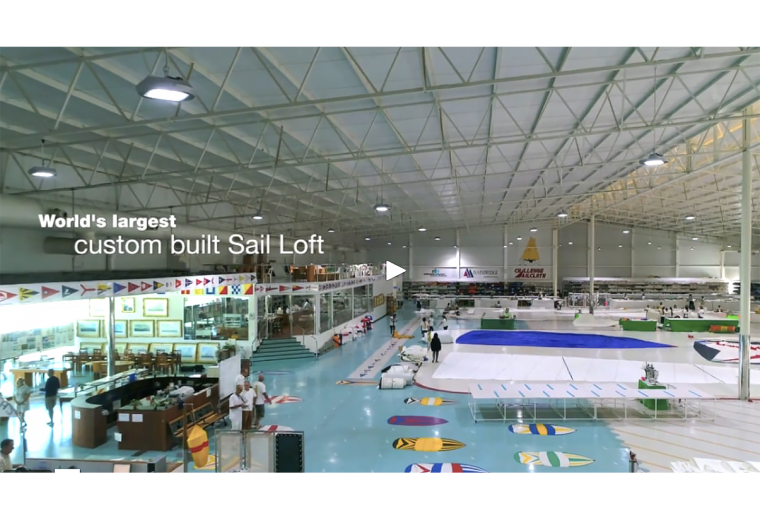 For many years when we needed a downwind sail the immediate thought was to have a Symmetrical Spinnaker made to suit our boat. It was often a time-consuming and expensive process, necessitating lots of additional gear including sheets, braces, spinnaker pole, mast fittings, tweakers and so on. Further, its use was generally restricted to wind angles of around 105 to 180 degrees.

Over time Asymmetrical Spinnakers became more popular. They could be tacked off a hard point on the bow and only needed a halyard and a couple of sheets. Further, depending on sail cut, they could run as high as 75 and down to 165 degrees. Of course, the big advantage was that they could easily be launched and retrieved by a short-handed crew, especially if combined with a Spinnaker Sock, as they didn’t require a pole and braces.

Times have changed and sail options have increased. Today there are several off-the-shelf options which cover the full wind range and are simple to use. In addition to the loose-luff Symmetrical and Asymmetrical Spinnakers, over recent times we have seen the emergence of easy-to-use fixed luff sails commonly known as Code O and Code C, which use an inbuilt anti-torsion cable installed in the luff, and which are furled in and out using an endless line furler located at the tack.

Code O sails, commonly referred to as Screechers were once considered the province of the racing sailor. They are designed as a versatile reaching sail which are best suited to true wind ranges of around 65-130 degrees and are increasingly forming a standard component in a sailor’s sail wardrobe.

Code C (Cruising) sails are the latest innovation and are considered the most versatile off-the-wind cruising sail available today.  A mix of a Code 0 and an Asymmetrical Spinnaker, they can be set in wind-angles from 70 to 155 degrees and even down to 180 degrees if using a spinnaker pole. Which means a big range, from a close reach to running straight downwind. The inbuilt furling cable used in the Code C allows for fast and reliable furling which is a must for the cruising sailor.

While fast turn-around time from order to delivery is a key feature of these off-the-shelf sails, the major benefit is that there is a significant cost saving to the boat owner as being ‘stock sails’ with standard dimensions and finish, they only have to be designed once, materials can be pre-ordered in large volume and they can be made at a time when the sail lofts are under low demand.

Below is a simple table illustrating the range of downwind sails available today, their key features and ideal wind angles.  And they can literally be purchased ‘off-the-shelf’ through such sailmakers as Rolly Tasker Sails Australia, according to the rig dimensions of your boat. 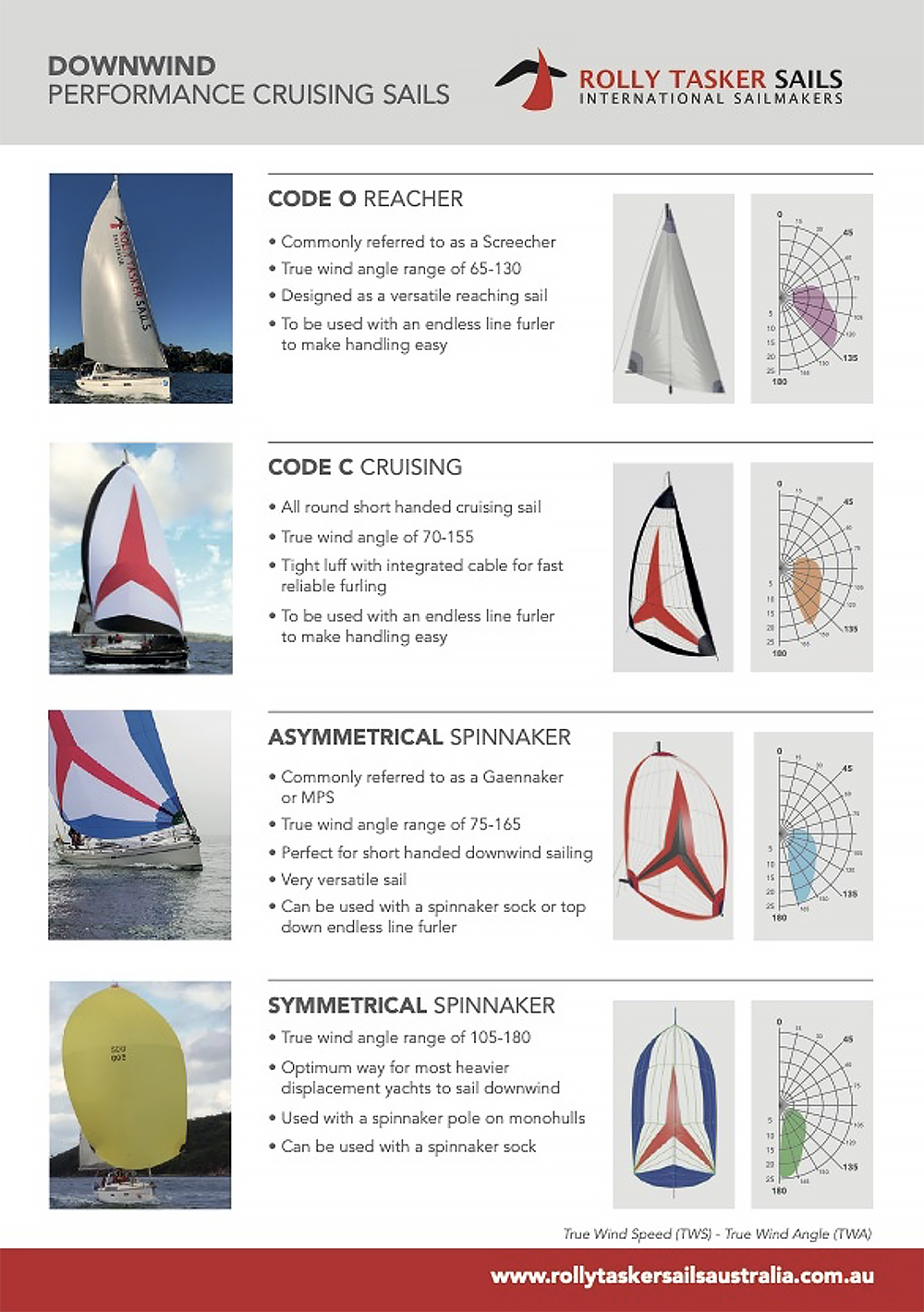