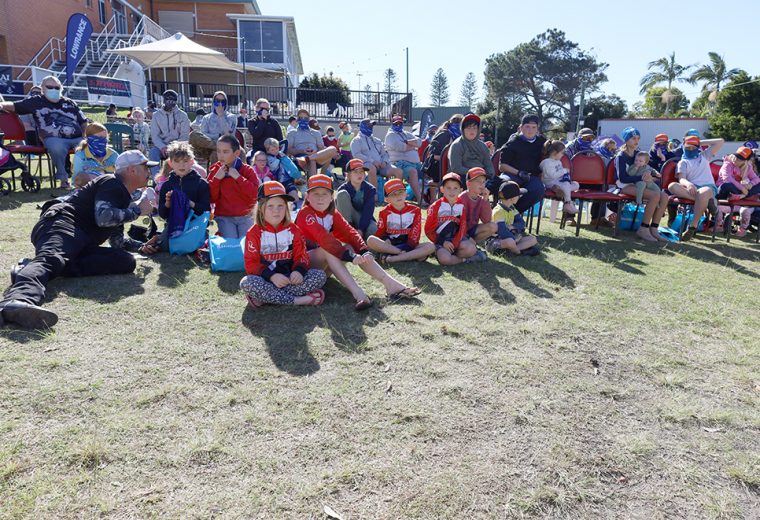 The EHFC kicked off Friday night June 25th with a good crowd attending the briefing, having a few drinks from Evans Head RSL and catching up after a hiatus through 2020 due to COVID.

The 2021 competition saw a record number of participants well over the 700 mark. The briefing was held under normal crowd conditions, no masks, no need for social distancing, and no reduction in venue capacity. How things were to change.

Saturday morning greeted competitors with skies that threatened a little rain but failed to deliver anything substantial. A couple drops were not enough to put off the competitors and although there were reports of a tough few days of fishing before the competition started, a record of close to 600 fish images were taken and sent in for verification. 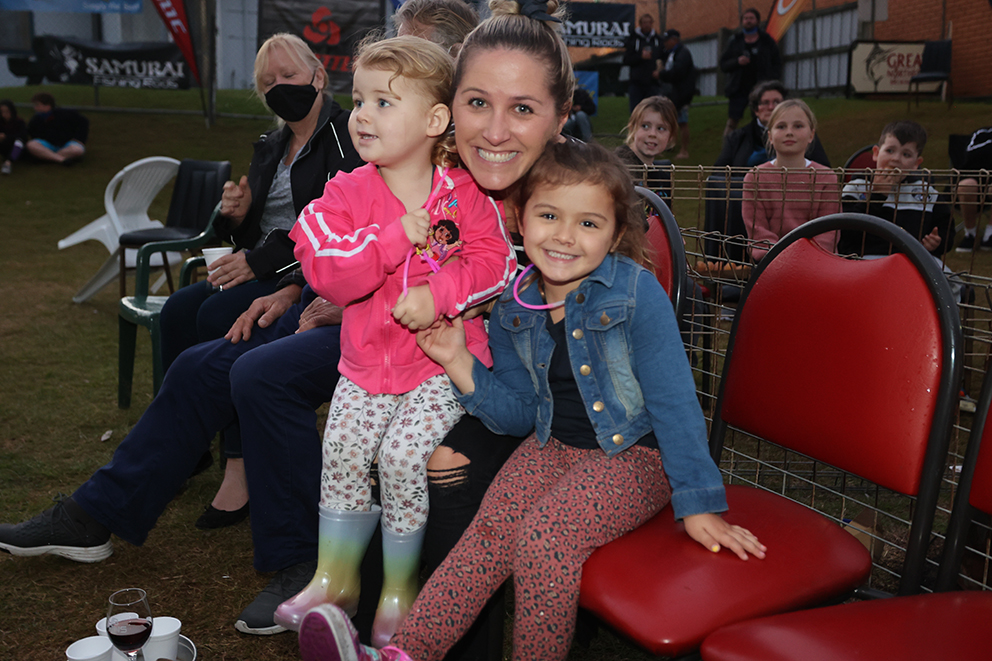 Saturday was also the first day for the Junior and Cadets two-day expression session. 111 juniors and 86 cadets signed up for the kids’ comp chasing key species Bream, whiting and flathead.

Sunday kicked off under ideal conditions, but by 2pm, the event was turned on its head. New COVID rules came into effect requiring mask wearing, social distancing and genuinely throwing the organisers into a fit trying to ensure the event met the new rules. Multiple meetings with the Evans Head RSL club later and we were able to proceed in the evening with a reduction in capacity and no requirement to attend to receive any lucky door prizes. Sourcing enough facemasks was a challenge, but one we collectively managed by plundering local suppliers stock hours before kick-off.

Even wrangling over 180 kids for the morning kid’s talks and fishing demonstration was easier than understanding and implementing the new COVID rules. The Shimano team turned up with stack of giveaways making sure no young ones were left without at least something from the event. 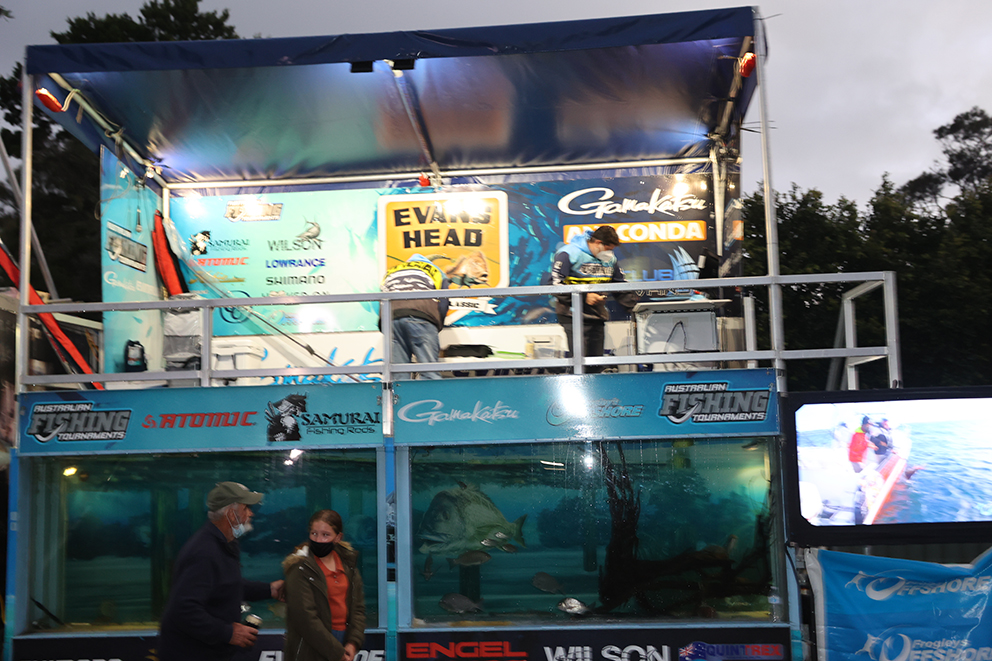 From there the vent settled into a steady stream of fish photos and occasional bursts of rain. Offshore conditions deteriorated but still offering experienced anglers a chance to get outside early in the week. By Tuesday we were getting a good soaking every day and by Thursday the bar looked a frothy Cappuccino.

The last day of the competition saw only a few super keen anglers head offshore for their last chance at victory, but at the end of the day, the winners were settled and there were quite a few quality fish photographed.

The snapper category is always hotly contested and first went to Darcy Banks with a good 948mm fish. Pearl perch went Brad Mayes with a 607mm fish. The kingfish and mulloway were also massive with a 1175mm king for Glenn Banks and a 1287mm mulloway for Stephen Banks.

For the inshore species, the blackfish category continued to impress with a fish of 446mm taking out first. Lyle Outerbridge’s 454mm bream is a donkey of a fish and saw him take out first for bream/tarwhine. Bernard Richter, dart specialist took out first place for overall handing him his 5th win in the category for the week.

The flathead section was won by Mal Hancock with an impressive 1000mm fish while tailor was won, not for the first time, by Ryan Kernaghan with an 852mm fish. Alexander Klassen pipped Robbie Graham for whiting with a 439mm fish.

As always, this event could not go ahead without the support of the sponsors. It was great to have Anaconda onboard this year for the first time, but also our foundation sponsors such as Gamakatsu, Atomic, Samurai, Frogleys Offshore, Wilsons Fishing, Lowrance, Great Northern Brewing Co, Shimano and the many local businesses including both the Club Evans RSL, the local Ritchies IGA, Hooked On Brewing Bait and BBQ and the local Richmond Valley Council.