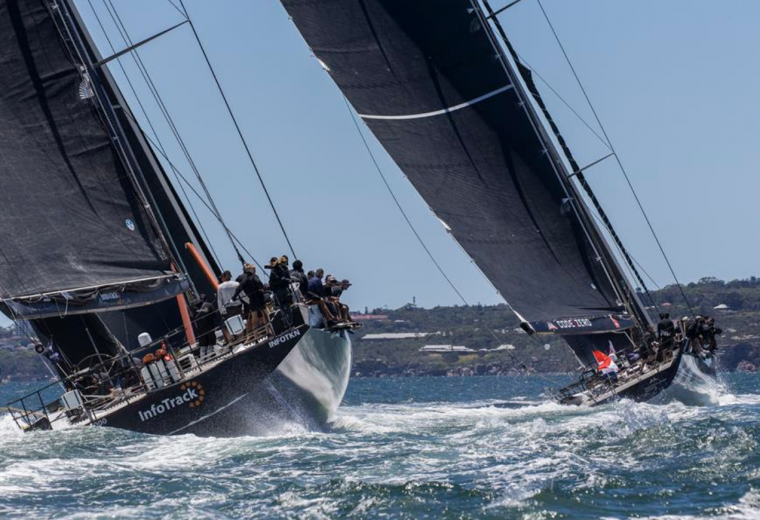 The Cruising Yacht Club of Australia is delighted to be named as the host of the inaugural Australian Maxi Championship.

The first edition of the new regatta, introduced by Australian Sailing, will take place from 3-7 December 2021.

The Australian Maxi Championship will be conducted over four races and will this year feature Maxis (80-100 foot), Mini Maxis (60-79 foot) and Racer Cruisers (60 foot+).

Race 2 and 3 on Monday 6 December will be passage races starting and finishing in Sydney Harbour. These two races will be conducted near the coastline to provide an exciting spectacle for crowds along the coast.

The SOLAS Big Boat Challenge on Tuesday 7 December will round out the series for the Maxi and Mini Maxi divisions, while the Racer Cruisers will take on another passage race.

Noel Cornish AM, CYCA Commodore, said: “The CYCA is excited to host the inaugural Australian Maxi Championship, which provides additional valuable racing for Maxis and Racer Cruisers in the build-up to the Rolex Sydney Hobart Yacht Race.

“There will be great racing pedigree across the three divisions for the 2021 series, such as nine-time Rolex Sydney Hobart Line Honours winner Wild Oats XI.

“We look forward to working with Australian Sailing and the fleet to lay a solid foundation for what will be an entertaining series for years to come.”

Peter Harburg, owner of the RP100 Black Jack, expects the Australian Maxi Championship to bring together a world class fleet.

“The Black Jack crew has always been keen to test itself against the world’s best and had gone to Europe in 2020 to compete in a number of key events for Maxi yachts,” Harburg said.

“Sadly, these were not to be and on returning to Australia, many of the disappointments and frustrations of race cancellations continued.

“We are very much looking forward to the opportunity to get back on the water later this year and to be involved in the inaugural Australian Maxi Championship series.

“Australia has the greatest fleet of 100-footers in the world, as well as countless other great Maxis across the various classes, and the opportunity to race against these crews, as well as other renowned international competitors, in the lead-up to one of the greatest offshore races, the Rolex Sydney Hobart, is truly exciting.”

David Griffith AM, CYCA Director and owner of the JV 62 Whisper, believes the series will have a positive impact on the future of sailing in Australia.

“The Australian Maxi Championship is a fantastic initiative of Australian Sailing and the CYCA,” Griffith said.

“As most major yachting centres in the world hold such events, it is timely for Sydney to host one for our big boats that will gather together just before the 2021 Rolex Sydney Hobart Yacht Race.

“The spectacle of these big boats will be instrumental in raising interest in ocean racing and will inspire young sailors to aim to be part of this scene.”

The Notice of Race for the Australian Maxi Championship 2021 is now available on the CYCA website and entries are open until Monday 29 November.