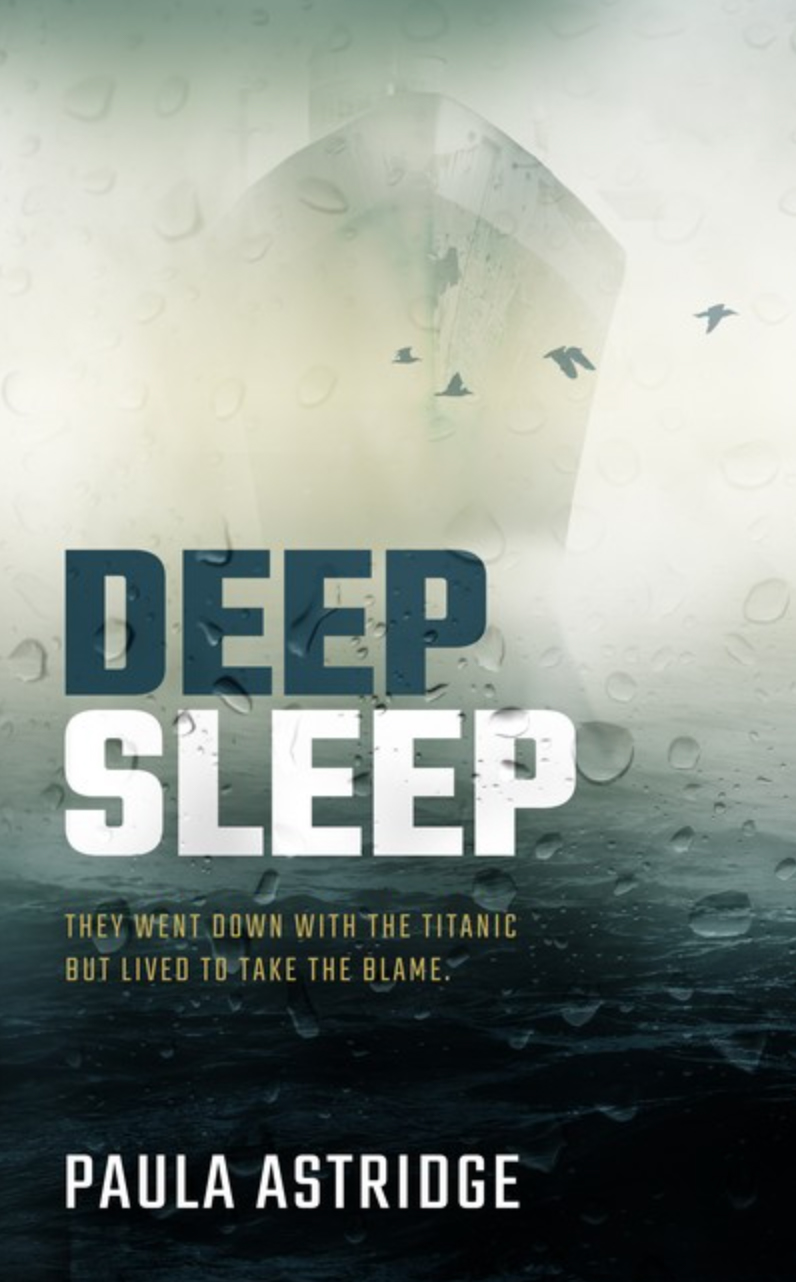 In Deep Sleep the author, Paula Astridge, takes us to the bridge decks of the Titanic, the SS Carpathia and SS Californian – the ships that were closest and in a position to effect a rescue – We follow Charles Lightoller, second officer of the Titanic, Arthur Rostron, the captain who came to the aid of the victims, and Stanley Lord, the captain who failed to answer the distress call.

Heroes and villains abound in this Titanic tale and they are brought to life by the author as she pieces together the historical evidence. Most stories around the sinking of the Titanic finish with the rescue but nothing is ever what it seems and there is much more to be uncovered.

Captain Stanley Lord of the Californian and Captain Arthur Rostron of the Carpathia had similar roots in that they were both ‘Bolton boys’ who grew up a street away from one another but had never met. Both were professional and honourable seamen with a great deal of experience but the events of that horrible night would brand one a hero and the other a coward.

The confusion and disbelief amongst junior officers on the bridge decks of the Californian and the Carpathia is illustrated as they struggle to understand what is unfolding before their eyes. In the early 20th century radio communications were in their infancy and many vessels did not carry the new Marconi sets. Information was slow in coming and hard to believe as credible but as the reality of the situation unfolded it was handled in starkly different ways on each ship.

Against company policy Captain Rostron steamed to the rescue at full speed through ice fields in the Cunard line’s Carpathia, and was hailed a hero. Captain Lord in the Californian was closer but through confusion of his officers and his own exhaustion missed the signal and was vilified as a villain for seeming to sail on and subsequently battled the rest of his life to clear his name.

There’s much more to the story that’s come out in the last 100 years and it’s obvious the author has delved deep in her research of this intriguing subject. The second half of the book looks at the aftermath and the inevitable enquiries and political manouevring that ensued.

Deep Sleep is a compelling narrative of fact-based fiction and the author does a masterful job of switching between the ships at the heart of this story in a timeline of events that unfolds from three sides detailing how small decisions can have huge impacts and how the course of events can hinge on something as small as the tying of a shoelace and the taking of a nap.