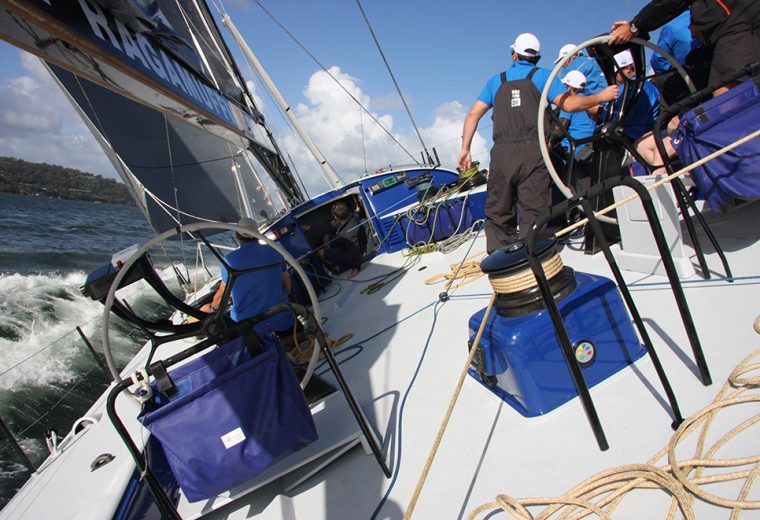 With the threat of COVID restrictions now receding the Cruising Yacht Club of Australia convened a forum of offshore racing owners on May 18 at the club in Sydney.

The stated object of the evening was to update skippers on developments in the racing program for 2021-22 and to provide an opportunity for an open discussion of current issues within the sport. The forum was attended by more than 60 owners and club representatives.

Races that end in the Harbour will now finish at Watson’s Bay. (This is intended to avoid the frustrations of light evening breezes at the traditional finishing line off Rushcutter’s Bay.)

The Sydney-Noumea race will resume in 2022 and there is a proposal to hold another distance race in the alternate years from Sydney to Lord Howe Island, around Ball’s Pyramid and return.

The Newcastle-Bass Island Race, which did not seem to enjoy popularity among skippers and crew, is likely to be replaced by a race South – from Sydney to the Tollgate Islands (off Bateman’s Bay) and return.

There is also a proposal being considered by the CYCA to resume the notorious Montagu Island Race, but sailed in March rather than on the old dates in October that veterans will remember produced so much hard, cold windward work.

On the technology front, Haynes advised that race communications for the Sydney-Gold Coast Race will be on VHF radio and Satphone only, but Cabbage Tree and the Sydney-Hobart will still use HF for skeds.

The forum was also told that consideration is being given to amending the Notice of Race for major local offshore events so that entrants with on-board plotters would no longer be required to carry paper charts.

Interest then shifted to a recent ratings ruling by the IRC that has concerned many prominent Australian skippers.

Effective from June 1, yachts that also use their spinnaker pole as a whisker pole (i.e. to hold out the clew of a jib or genoa) will now attract a small additional rating penalty.

The forum was joined, via Zoom, by Jason Smithwick in the London office of the IRC to explain this change and respond to questions. He indicated that there had been no notable “push back” from Northern Hemisphere owners and seemed somewhat surprised by the concerted opposition of the skippers in the room.

Among those who spoke against the IRC ruling were Wendy Tuck, Michael Spies, Peter Merrington, Dennis Cooper and Carl Crafoord. Their common theme was that the penalty was unfair to older boats and would have the effect of encouraging poor seamanship.

Crafoord went so far as to suggest that if the IRC could not be persuaded to retract their decision then Australian offshore racing might do better to adopt ORCi as its primary rating system.