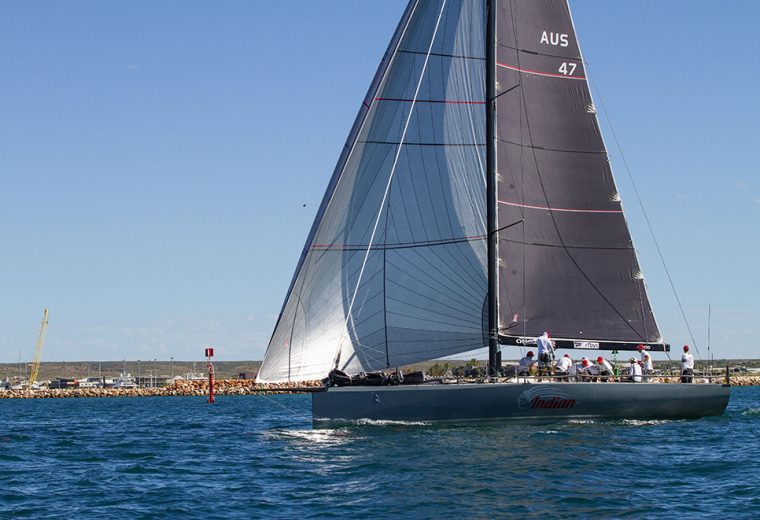 Indian crossed the Exmouth finishing line with an elapsed time of under three days to shatter the record set by Ross Swanson’s Syrenka 30 years ago by more than one and a half days.

“It was a difficult race,” owner/skipper reported after the race, “but we had a team of four talented young helmsmen on board so we rotated the helm regularly. At times we had more than 30 knots of wind and we were travelling at well over 20 knots, which made it a bit wet on board. We also had to battle our way passed Coral Bay, where the wind died out completely for a while, so we had a bit of everything.”

Enterprise Next Generation is next in line and should reach Exmouth by 5pm today. There is a long gap to Weapon of Choice and the first rally yacht, Genevieve, which should finish before daybreak on Wednesday.

The rally yacht Kailana is the last in the fleet and has just cleared the north end of Dirk Hartog Island.