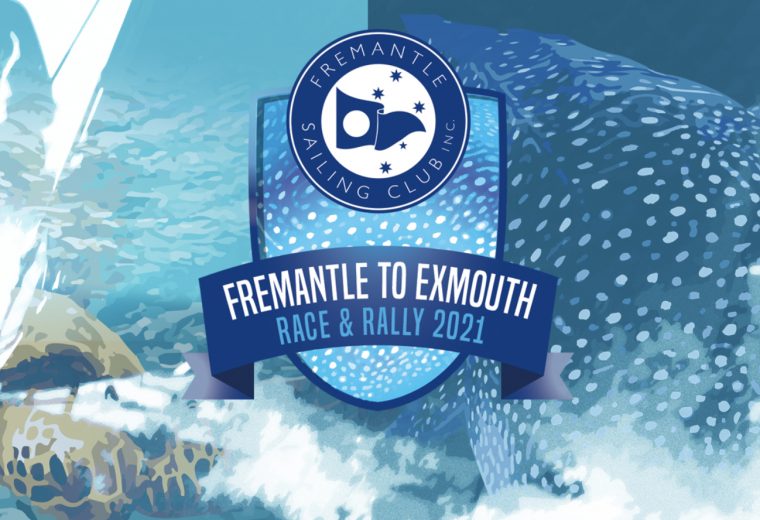 With Fremantle Sailing Club’s Fremantle to Exmouth Ocean Race and Rally less than a week away, 37 crews are eagerly looking at advance weather models, all indicating that the race record is set to be smashed.

Early indications suggest soft conditions between Fremantle and Geraldton, which should then freshen from the south east as the fleet moves up the coast -almost a perfect scenario for the line honours contenders, Craig Carter’s Carkeek 47, Indian and Anthony Kirke and Andrew Nuttman’s GP42/Carkeek, Enterprise NG.

Both are proven flyers in such conditions and Kirke has already shown in their few encounters that his yacht can match it with her larger rival in the right conditions.

The Exmouth business community has enthusiastically embraced the race, with support from the Exmouth Shire, MG Kailis, and Exmouth Wild Prawns headlining the list of event sponsors.

Syrenka’s race record, set in 1991 (the only time that the race has been sailed) stands at 4 days, 13 hours and 50 minutes. When asked for his thoughts on possible elapsed times, Indian’s sailing master Paul Eldrid was a little evasive, pointing out that a lot depended on the movement of the high pressure system moving our way. Still, he pointed out, “We’ve done Geraldton in 17 hours and a Hobart in one day and 20 hours, so if everything is right, we could arrive as early as Monday.”

This season’s newcomer Enterprise NG has added spice to the line honours contest. A Botin/Carkeek GP42, she arrived in Western Australia in full regatta mode, and has undergone numerous modifications to bring her up to Category 2 safety standards. The boat has already proved her ability to match it with her larger rival in the right conditions.  “We have a great rapport with the guys on Enterprise and we’re loving having them out on the water.” Eldrid said when asked about the boat’s chances in the race.

There are plenty of good chances in the quest for IRC honours in addition to the two line honours favourites. Geoff Bishop’s Checkmate, Paul Arns’ Obsession, James Halvorsen’s Giddy Up (which will have Fremantle’s Commodore Ron Greer on board) and David Davenport’s Crush have all shown up in the summer’s race results and it’s hard to pick a clear winner.

In the Rally fleet, Phil and Robbie Hearse’s Hanse 50 Kondili has a score to settle after being shunted into second place by virtue of a complex fuel usage formula in the last Bali race and with 30,000 nautical miles of sailing under her keel, looks very solid. The rally will be judged on a number of facets, including fish caught, meals cooked and navigational skill.

The race starts off Fremantle’s North Mole at noon on Saturday, May 8th. More info here.