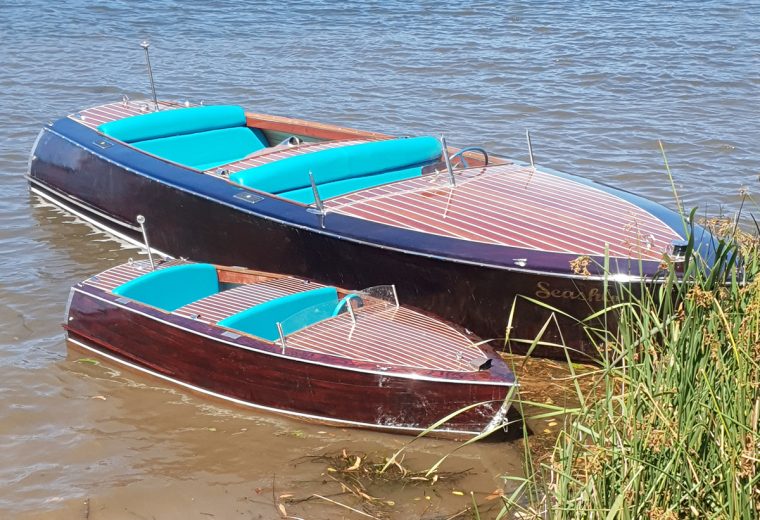 Chris Dwyer started building his Glen l Monaco with the intention of making a family friendly boat. Five years and an extra child later he finished it. His then 3-year-old son liked Dad’s boat and asked if he could have one. Chris had a lot of mahogany left over, so took this literally and designed a 1/2 scale of the big boat.

The entire frame was cad designed and CNC cut, so that it all slotted together like a dinosaur model.

After driving and testing, the other two kids asked for their own boats, so Chris designed them a boat each, both half scale of classic 1950s wooden boats.

Chris is not the type to sit on his hands so he then set to and designed four different layouts.

After a bit of interest from the internet Chris started selling plans and frame kits worldwide and Narwhal Wooden Boats was born. Currently there are around 30 being built worldwide.

Chris’ now 11-year-old son races J1 circuit boats and there is a custom hydro in the build for when he steps up to the next classes.