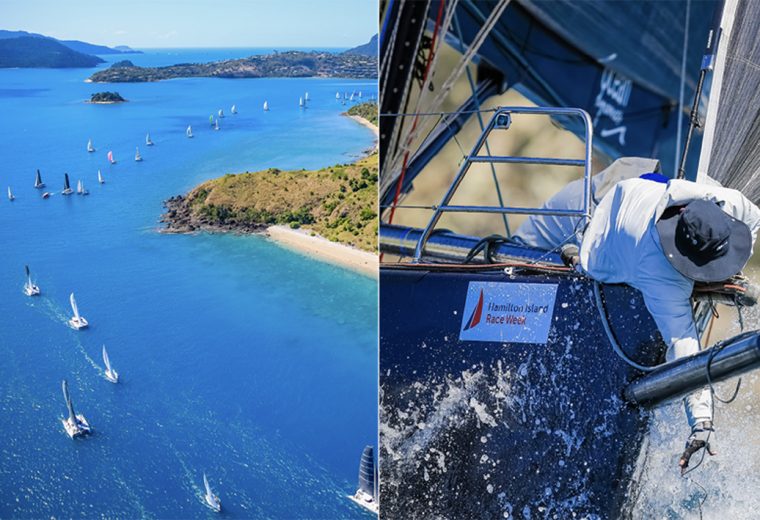 Entries for Hamilton Island Race Week 2021 have surged past 200, leaving regatta organisers to consider placing a cap on the final fleet number.

The largest Race Week fleet to date came in 2016 when 252 yachts competed on the sparkling tropical waters of the Whitsunday region. Based on current booking pace, this year’s fleet is set to exceed that record.

Regatta organisers will consider implementing the cap to ensure that Hamilton Island Race Week delivers the same high standards as previous years. Entries are still open and any yacht owners yet to register are encouraged to do so as soon as possible.

Hamilton Island CEO, Glenn Bourke, believes the increase in the number of entries this year is another strong endorsement for Race Week.

“Race Week is recognised as Australia’s premier regatta,” Bourke said. “It’s a reputation we work hard to retain each year, both on and off the water. Our challenge is to ensure that all participants and visitors enjoy the sailing and being on beautiful Hamilton Island.

“Even prominent international sailors will declare there is no regatta in the world to compare with Race Week, and we plan to keep it that way.”

The honour of lodging the 200th entry this year went to four Melbourne yachtsmen who bought their yacht, the Jeanneau 469 design, L’Esprit, in Sydney just four weeks ago.

L’Esprit has been registered with Southport Yacht Club on the Gold Coast.

“We’re registered with Southport because the winter weather is much better there than what we get in Melbourne”, said part-owner, Rick Rogers. “It is also easier for us to get from there to Hamilton Island for Race Week and cruising each year”.

“Race Week and cruising in the Whitsundays provide us with every sailing experience we are looking for,” Rogers said. “It’s unsurpassed pleasure”.

When it comes to large yachts the stand-out entry this year will be Marcus Blackmore’s new, 29-metre long, classically styled sloop, Ammonite.

An added incentive for many yacht owners to be at Race Week this year comes via the sport’s governing body, Australian Sailing. It has declared that the Australian Yachting Championships will be decided at Hamilton Island Race Week for the next two years.

Race Week has an impressive history. It was established following Australia’s historic victory in the America’s Cup in Newport, Rhode Island, in 1983. The inaugural regatta, staged in April 1984, attracted an impressive fleet of 92 which came from all points across Australia, including Perth.

The Notice of Race and all details relating to Hamilton Island Race Week 2021 are on the website: www.hamiltonislandraceweek.com.au