PRSC – A Jewel on the Parramatta River 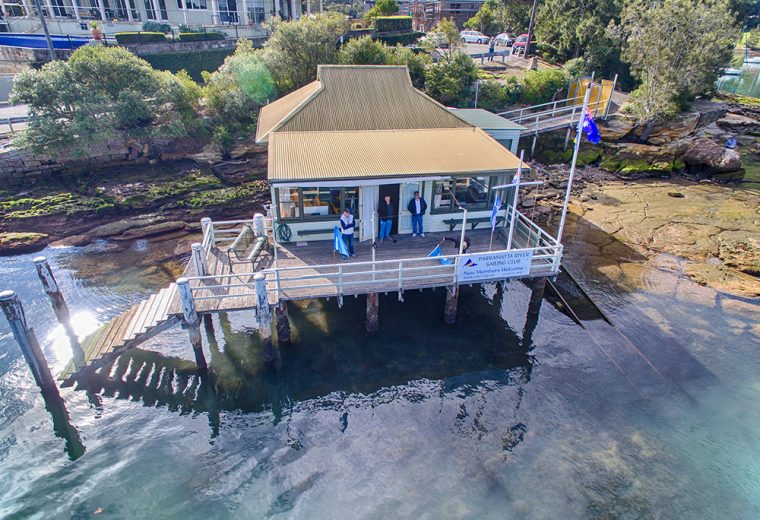 The three old sailors kicked back on the starter’s porch, enjoying the warmth of the sun and the cool of the brisk nor’easter flapping the race flags on the mast. To the west they were watching the race fleet beating back from Morrison Bay. The leading yacht tacked. The one close astern stood on towards the northern shore of the Parramatta River. As they frequently did, the old salts each offered a different opinion.

“She’s turned too soon. She’ll have to tack again to get down Hen and Chicken.”

“Nah, she’ll get a lift. Willo’s sailing into a hole over there by Scots.”

“Yuh both wrong. Willo’ll get a lift and reach down. Mich’ll have to pinch up to get around D’Alboras. Willo’ll take ‘er.”

All three took a swig of their beers and watched the race unfold.

With more than 100 years of sailing experience on that balcony, much of it as members of Parramatta River Sailing Club, the three critics had earned their opinions. But who was right? Read on. 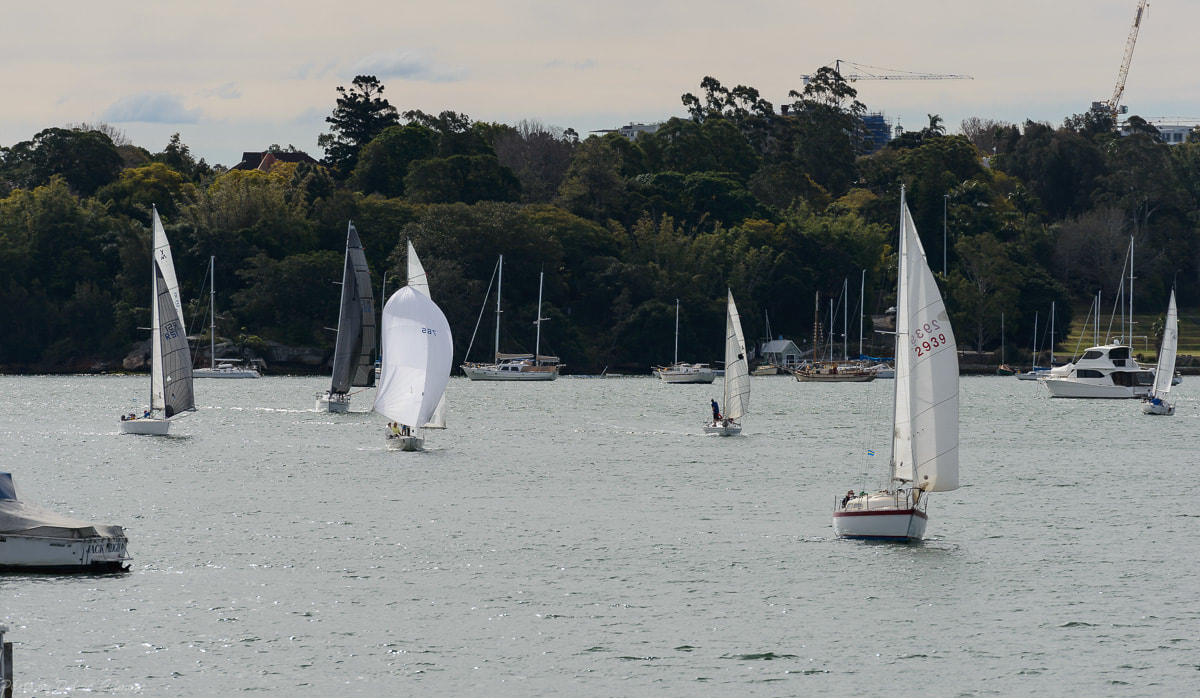 The scenario could take place on any race day at PRSC. Winter, Spring, Summer, Autumn and Summer Twilight is when the racing fleets compete and those not sailing gather in the 100 year old clubhouse. Perched at the tip of Looking Glass Point on the Gladesville side of the river, the PRSC is a jewel on the Parramatta River. The clubhouse, once a worker’s cottage owned by the Australian Gaslight company, was donated and moved to its current location nearly seventy years ago. From here, races have been run without fail for fleets large and small.

The club is unique. Members from all walks of life have one thing in common. They love the competition and camaraderie of sailing. Many are relatively new to the sport; others are the sons and grandsons of members. There is a fair smattering of old skiff sailors whose memories have outlasted their knee joints. When they join members become shareholders, so have genuine ownership of their club which is shown by the lively attendance at social functions and when work is needed on the clubhouse. The club has been ably led for 7 years by Commodore Michelle, supported by her Board of Directors. 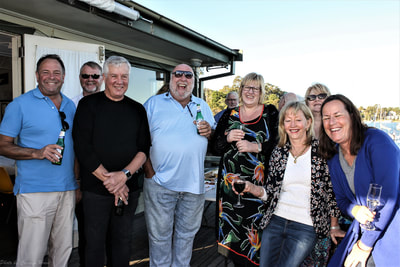 Presentation night is the feature event as for any sailing club, though perhaps a little less formal than some. Some REALLY old trophies are presented, and some even older ones reside in the trophy cabinet. Photos old and new are mounted on the wall depicting boats past and present sailing on the river, some even approaching the Derwent. Perhaps the highlight of Presentation Night is to see who has taken out the Flotsam and Jetsam Award. This is presented to the yacht with the most embarrassing story from the season – like having to wait for the tide to rise to finish the race, while watching the rest of fleet sail past the sandbank at Quarantine Point.

PRSC is emerging from a quiet 2020 like any social club in Covid 19 days. The fleet and members have stayed true but now the club wants to attract new boats and sailors to join and race on the Parramatta River. The Board has announced discounted membership and free race entry to new boats and new members. Interested? Membership year opens 1 May. 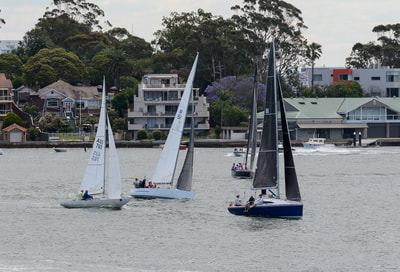 Come join us at a club where you can pit your sailing skills against competitors and local conditions to determine who wins. Which brings us back to the duel between Willo and Michelle.

“See, told yers. She’s ridin’ the tide and getting a lift.”

“Not enough mate. She’ll still have to tack.”

“Look at Willo though you blind bastards. He’s tacked and cracked.” The other two craned their heads to the right to observe the boat reaching out from west of Looking Glass Point.

“Bloody hell! Mich must have left a coat of paint on the marina.”

“Told yer she’d make it. Neck and neck now with Willo, though. Should be a good finish. My shout boys.”