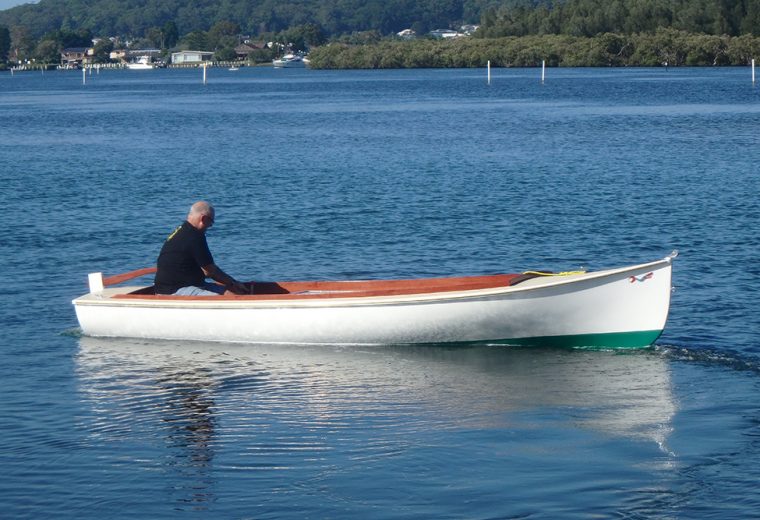 Remember the days of timber putt putts for hire? All the coastal towns up and down the east coast of Australia, had little fleets of them. Powered by Blaxland, Simplex or Hall petrol engines, they would cut through the water beautifully, having their DNA in rowing skiffs from the 1920s and 30s. These boats were low-wooded with classic lines. You could run your hand in the water as you went along, other hand on the tiller, exploring the rivers and lakes.

Scarborough Engineering has now designed and built a putt-putt for the 21st Century … Electric Powered!

The new 16 foot timber Launch has been finished using traditional brushed finishes and varnish work. The traditional engine box hides the new technology underneath and maintains the look of the old style launch it is based upon. This is complemented by a slatted Teak floor which is hardwearing and attractive to the eye. Traditional single-pack paints have been incorporated with lovely chromed bronze fittings and a brass rubbing strip. 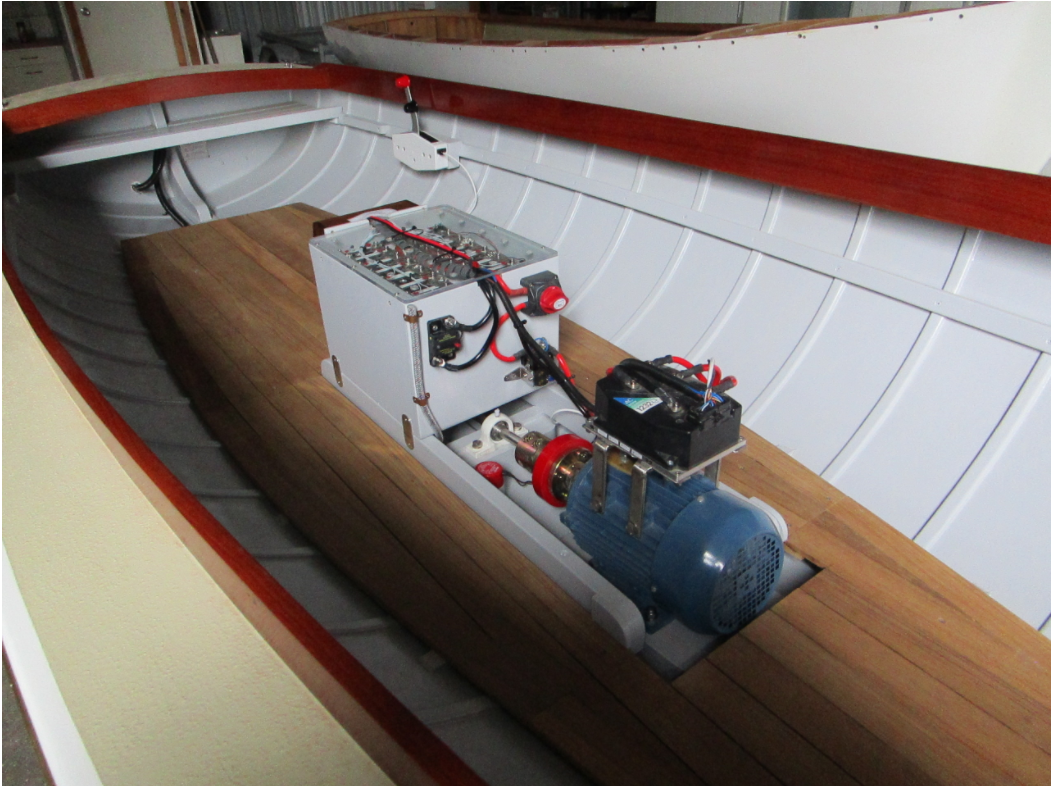 The electric motor has been sourced and made in Australia. The whole system has within it a 48 volt lithium Ion Battery pack, a 3 Kilowatt AC induction motor, a Curtis Controller and a retro throttle controller supplied by John at ‘Catavolt Pty Ltd Bylong Industries’. The motor has been wound to 3 Kilowatts however it has been limited to 1 Kilowatt as this is all the boat requires. It draws 15 Amps at full throttle and can run for up to 6 hours on one charge. This is enough to move the boat through the water at 5 knots.

The overall finish and look of the boat takes you back to a time when there were heaps of this style of boat in hire fleets up and down the east coast. The quiet and efficient electric motor complements the design. Additionally, we have had further interest in this boat being fitted with an externally mounted electric pod drive. This would allow for more interior space and a lower price while achieving the same performance of the inboard.

For all the non-believers, electric power is not only happening, it is here. The electric system is perfect to be fitted into timber boats that are only displacement hulls. With the lowering of the price of Lithium Ion battery packs as well as their smaller size and weight we are going to see a change in the way boats are powered. Additionally, new electric options are coming into the market all the time. Such as new solar panels with smaller footprints which will allow for some boats to be run solely from the panels.

To all those putt putt groupies, electric is the way of the future. Just imagine towing your newly re-powered electric launch behind your brand new electric car. The future is now.

Read Part 1: the story about the building process here.

For more information contact David and Patrick at Scarborough Engineering, Gloucester on 6558 2011.