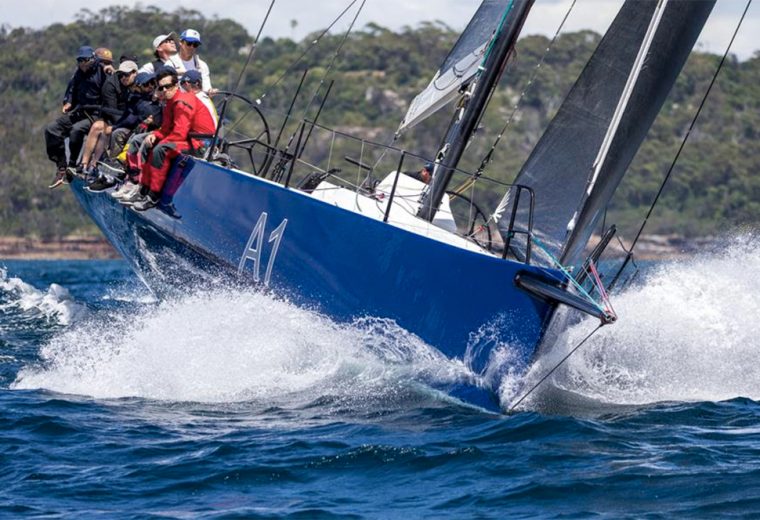 Following a limited amount of blue water sailing last year, the Summer Offshore Series provided competitors with some additional blue water-style racing. After its success this year, CYCA is pleased to announce the series will return to challenge crews in 2022.

Dangerous weather caused the third and final race of the series – from Sydney to Newcastle – to be abandoned at the weekend, meaning the winners were determined by the overall Pointscore standings from the first two races.

Celestial swept the three Division 1 handicaps (IRC, PHS and ORCi) after commanding performances in both of the series’ races.

The TP52’s win across all three handicaps in the Virtual Mark Race proved decisive, and skipper Sam Haynes says he learnt plenty about what Celestial is capable of.

“We got a lot of good sailing out of the boat,” Sam says. “It’s a fairly new boat to me, I haven’t done a lot with it – we got it just before the 2019 Rolex Sydney Hobart Yacht Race.

“It was good to improve the performance of the boat and help us understand its best mode in different conditions.

“We just managed to get the boat in the right mode all around the course and the crew was great across both races.

“These are excellent races to start in, they’re not too long but long enough to be an offshore race, with a fixed course.

“For us, it was really great to get back into ocean racing and give ourselves some prep for the Audi Centre Sydney Blue Water Pointscore.”

Sail Exchange won across the board in the Flinders Islet Race and backed that up with IRC and ORCi wins in the Virtual Mark Race.

Meanwhile, Mistral cruised to victory in the two-handed division.

The pair of Rupert Henry and Stacey Jackson took all honours in both the Flinders Islet Race and the Virtual Mark Race, which was shortened from the originally-planned 100 nautical mile course to 55nm.