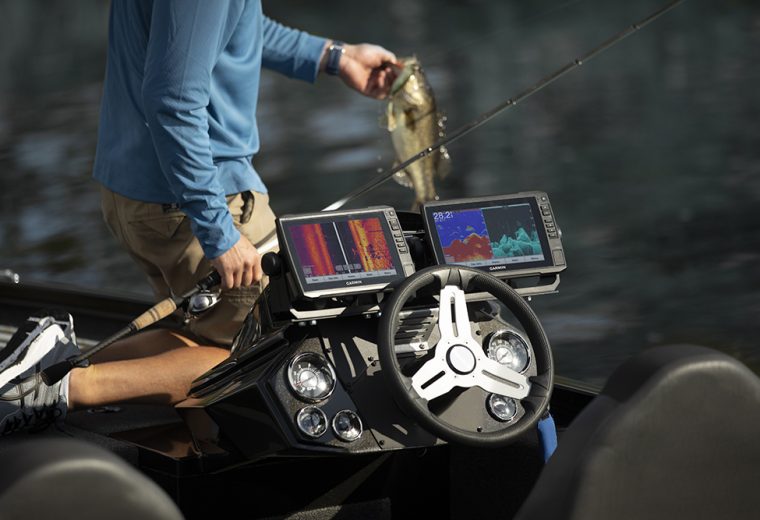 “We’re excited to add the GT56 and GT36 to our expansive line of transducers for anglers who want to take their fishing to the next level with the clearest and highest resolution data from a Garmin scanning sonar,” said Dan Bartel, Garmin vice president of global consumer sales. “With optimized SideVü performance and multiple sonar frequencies, these new transducers easily adapt to all fishing styles and bodies of water, so anglers can cover more area than ever before.”

The new GT56 and GT36 transducers deliver the ultimate in sonar versatility. They offer UHD ClearVü and SideVü scanning sonar, so anglers can see stunningly clear images of structure and fish below and off to the sides of their boat. What’s more, Garmin’s UHD SideVü sonar now has 20% greater range at 1,000 kHz, so anglers can scan waters further and in greater detail than ever. In addition to UHD ClearVü and SideVü scanning sonars, the all-in-one GT56 transducer also offers high wide CHIRP traditional sonar with remarkably clear target separation and definition up to 800 feet below the boat.

Engineered on the inside for life on the outside, Garmin products have revolutionized life for anglers, sailors, mariners and boat enthusiasts everywhere. Committed to developing the most sophisticated marine electronics the industry has ever known, Garmin believes every day is an opportunity to innovate and a chance to beat yesterday. For the sixth consecutive year, Garmin was recently named the Manufacturer of the Year by the National Marine Electronics Association (NMEA). Other Garmin marine brands include Fusion® and Navionics®.