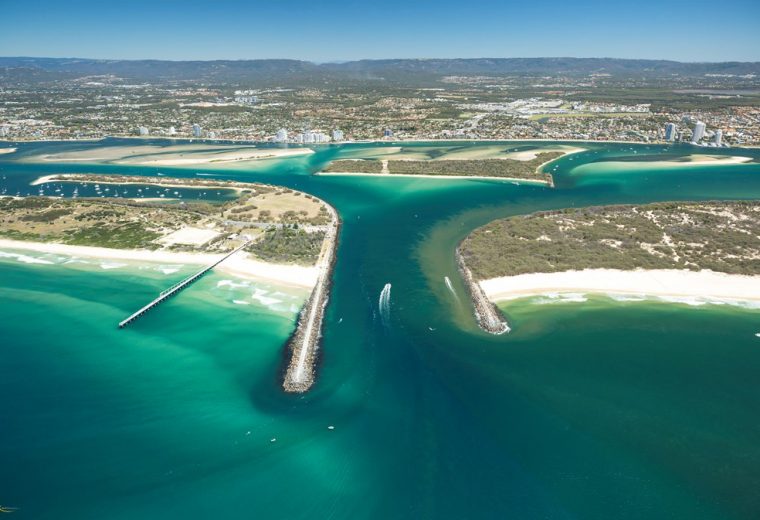 The Palaszczuk Government has announced more than $35 million will be invested in the Gold Coast’s waterways over the next four years to create more than 100 jobs, upgrade facilities for boaties, maintain navigation and improve access through dredging navigation channels.

The jewel in the crown, $5.5 million to dredge the Gold Coast Seaway and the North and South navigation channels, supporting 18 jobs and better access between the coast, ocean and Australia’s $74 billion maritime industry.

Transport and Main Roads Minister Mark Bailey said the investment program would create more opportunities for the city’s Superyacht and marine industries, as well as jobs for local contractors as part of the Palaszczuk Government’s plan for economic recovery in response to the COVID-19 pandemic.

“Over the coming months, the Gold Coast Waterways Authority will be awarding tenders for major works including Main Channel dredging and upgrades to the Sand Bypass System at The Spit,” Mr Bailey said.

“I’d encourage local companies to bid the work, create more jobs for Gold Coasters and help play a role in unlocking better access for boaties across the Gold Coast where we’re seeing growth in population and boating registrations.

“The program also includes a $2.3 million project at Jacobs Well to widen the boat ramp lanes to handle more boat movements and replace the ageing jetty with a new reinforced concrete one.

“Local firm, Envirostruct Services, has won the tender to carry out the works which are expected to support seven jobs and will be completed by the middle of next year.

“Over the last six-plus months, global economies have felt the brunt of COVID-19, but thanks to Queenslanders stepping up, we’ve been able to manage those health impacts and get on with creating jobs and investing in local waterways.”

Assistant Minister for Tourism and Member for Gaven Meaghan Scanlon said these are they type of works that sustain ongoing access to the waterways network which supports thousands of jobs in the marine, tourism and recreational boating industries.

“Our pristine waterways play a huge role in Gold Coast’s $4.7 billion tourism economy, which is why it’s crucial we continue invest in them,” Ms Scanlon said.

“Importantly they join major transport and road projects keeping our city moving like $2.3 billion in M1 upgrades, the next stage of light rail and crucial planning for the Coomera Connector – works creating more than 2,000 jobs for Australia’s sixth largest city.”

Mr Bailey said GCWA had completed several projects in the last 18 months which have generated 65 jobs locally and resulted in millions of dollars being invested in the local economy including:

“We know that our tourism, recreational boating and marine industries rely on safe access to the navigational channels,” she said.

“We’re investing in boat ramp and pontoon upgrades to help more people get out onto the water and enjoy everything our waterways city has to offer.

“In the COVID world, people are looking for safe ways to be outside and enjoy themselves and improving access to our waterways network is helping them do that.

“It doesn’t matter if it’s a kayak, a tinny or a superyacht, we want to open up the waterways for everyone to enjoy.”