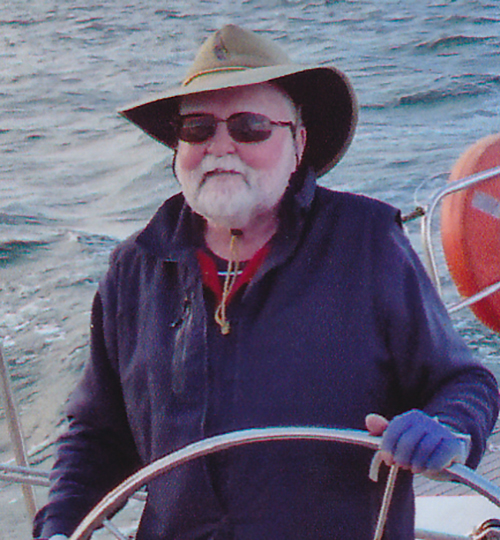 It is with regret that we report the passing of Clive Gregory, owner and Skipper of Fare Thee Well on the 12th June 2020.

Clive was born in Bristol, UK in February 1949.  He spent seven years in Germany during his early career where he participated in car rallies as both driver and navigator. It is said that he was never without a major prize in any six-month period.

Clive came to Australia when he was 35.

Clive sailed out of Middle Harbour Yacht Club in a number of classes, including the S80s. Later he became involved in ocean racing, sailing with David Pescud and Sailors with disABILITIES. Clive had earlier lost a leg below the knee (not that it stopped him from achieving any of his goals). He developed his skills as a navigator at sea and crewed in the Sydney Hobart race.

Clive was a member of the Royal Motor Yacht Club, Broken Bay, Sailing Division and chairman of the Protest Committee. As well as being an amputee Clive had suffered from leukemia for a number of years which he bore with his usual fortitude. Clive competed in the Sydney to Hobart Race as a member of the disABILITY crew. He also raced extensively along the east coast from Wollongong to Mooloolaba.

One person at his funeral stated that Clive was super competitive, the only man he knew who could turn stamp collecting into a contact sport.

Fare Thee Well, an Alan Payne, 1964 design, was Clive’s pride and joy. She was built as a stalking horse for the Australian contenders to the Admiral’s Cup and has been on Pittwater for a number of years. Clive found her in Adelaide and immediately fell in love with her classic lines. After sailing her around to Pittwater, Clive undertook an extensive external restoration.

He entered Fare Thee Well in three Australian Wooden Boat Festivals in Hobart, as well as competing in wooden boat festivals in Sydney and Gosford.

In 2015 foul weather held up FTW on the way to the AWBF and she only arrived in Hobart at 9am on the Sunday of the Boat Show.

In April 2018 she won Division 1 of the Classic Great Veterans Race on Sydney Harbour. This race was open to any vessel that had competed in the Sydney Hobart race prior to 1975. She could not compete with the immaculate turnout of many of the other vessels, but she was well polished below the waterline.

Clive had a well-developed sense of humour and was tolerant of his aging crew. One story goes that he was a friend of long John Silver and he admired his parrot. When Clive offered to buy the parrot Long John Silver declined to sell it to him. “Clive, you of all people cannot afford it, as he costs an arm and a leg.”

Another story that Clive used to relate was of an election when he attended the local school to vote. On the way out there was a long flight of timber steps. His prosthetic leg broke at the ankle joint and he sustained a very nasty fall. Two good Samaritans appeared, dusted him down and frog marched (well frog hopped) him to his car. They settled him into it. He was badly shaken and one said, “Let that be a warning to you, Mate. These sorts of things happen to the bloke who votes for the wrong party.”

With his valiant crew dispersing, one would expect there to be a ‘sell’ on the shares of Bundaberg Rum. Dark and Stormy, no ice, was the order of the day upon completion of a race.

Clive leaves a son, Simon from an earlier marriage, Alice a daughter from his partnership with Yan. We pass on to them, our condolences. 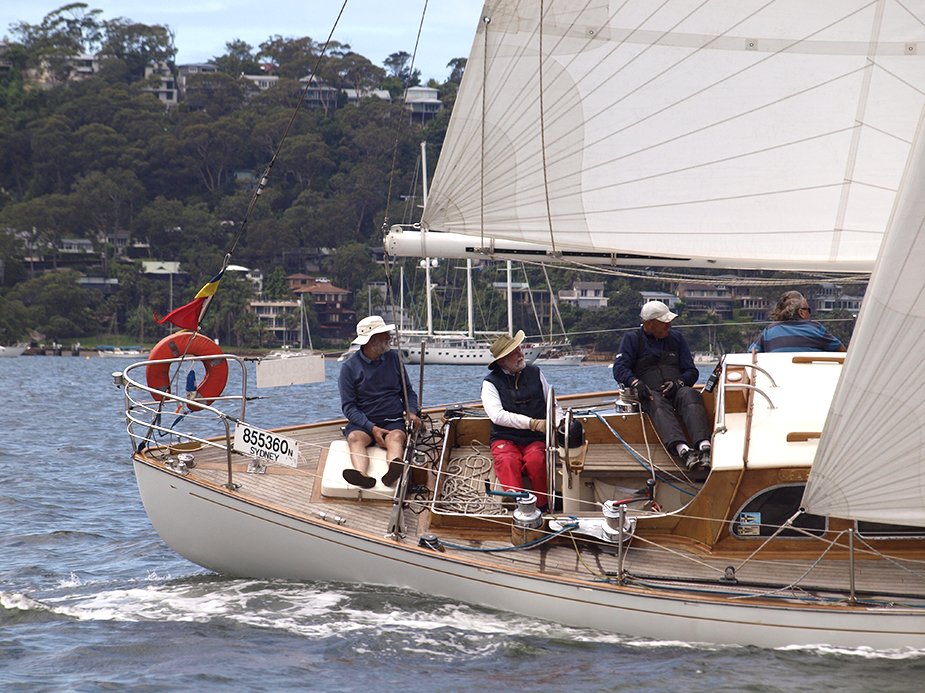