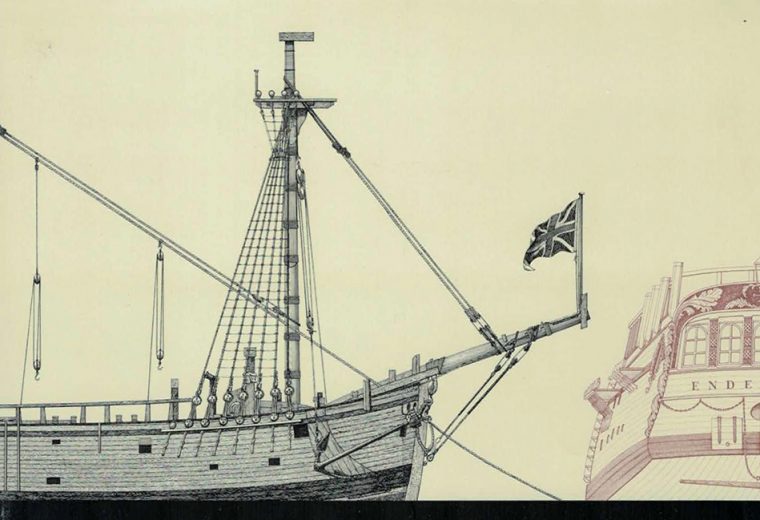 Her Place in Australian History 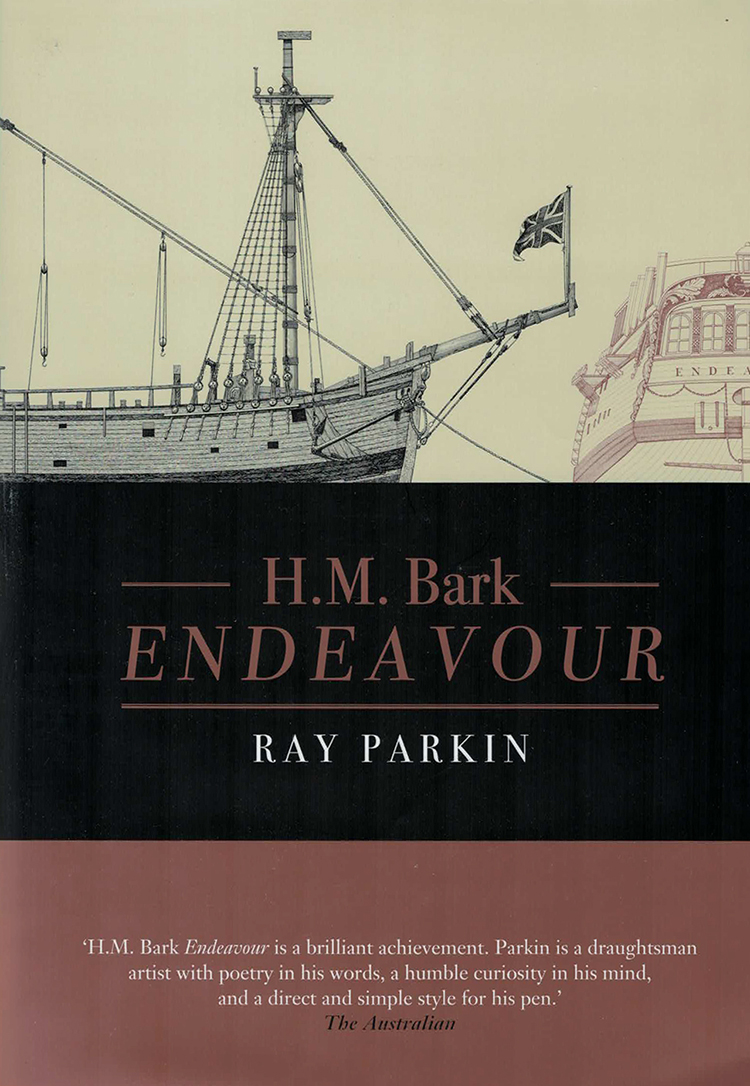 This is a beautifully produced volume that contains extraordinary detail about Cook’s vessel herself, the maritime environment in which it was conceived and operated, and its best-known voyage – the first. It is an account of the Admiralty’s acquisition of the Earl of Pembroke, her conversion to HM Bark Endeavour, its fitting out, crew and equipment and narratives by participants in her voyage to the East Coast of New Holland in 1770.  It has a dignity and authority rarely seen, and is a definitive reference for HM Bark Endeavour, its times and Cook’s first voyage.

Ray Parkin had an extraordinary life of which this book may well be his proudest achievement – his legacy to a pivotal event on the continent that became the Commonwealth of Australia. It was the focus of his work for 25 of his 95 years, but its creation was likely in mind for much of his adult life.  It reflects his love of the vessels of Cook’s time, his admiration for the voyages Cook undertook, and his own experiences during 18 years in the RAN – which included the sinking of HMAS Perth in 1942. He spent 3 ½ years as a Prisoner of War (POW) of Japan – on the Burma Railway and coal mines in Japan. Even though Cook saw deaths from his own crew, attached Marines and supernumeraries and later lost his own life in the Hawaiian Islands, Parkin had endured conditions judged worse. He had seen death visit men who welcomed it as better than the reality of life under their brutal and sadistic Japanese captors. Parkin’s ‘Wartime Trilogy’ is a classic of Australian POW literature.

Parkin’s own skills are remarkable.  His writing is elegant but starkly evocative. He created most of the drawings and sketches published. The Foreword by Alan Frost (currently Emeritus Professor of History at La Trobe University, and an authority on European exploration in the Pacific in the second half of the 18th century) notes that since the vessel was built and sailed in the 18th century, no one has known so much about Endeavour as Ray Parkin.

Of the book’s 467 pages, Part 1 represents just over one quarter and Part II most of the remainder. There are Reference Notes to Part 1 and a comprehensive Index to both parts.

The accounts of the grounding on Endeavour Reef and almost being washed onto the outer Barrier Reef (Parkin, Part II, Chapters 8 & 13 respectively) are riveting and portray seamanship and leadership beyond reproach.

Cook’s role in the settlement by Europeans has attracted sharp contemporary focus through recent protests. His statues have been subject to graffiti attack and bizarre captions with no apparent basis in fact. This exemplifies the ‘Cancel Culture’ – which seems to me a sure path to a never-ending cycle of recriminations – without regard to the standards of the times involved

Many of these supposed attitudes are now compared adversely with current values. Parkin examines Cook’s responses to, and views on, the ‘Indians’ (Indigenous Australians) he met, following earlier encounters with Tahitians (very friendly) and Maoris (mostly hostile). These provide no reason whatever to make Cook a victim of the Cancel Culture – quite the opposite. Cook had ‘no religion and no politics’ (Parkin, p 59; extract from ‘Cook the Man’ by Professor JC Beaglehole, 1969).

Parkin’s book is a superb resource for all those keen to understand Cook, his vessel, his crew and times and the conditions under which they created history.  It may represent Parkin’s ultimate catharsis after his years of travail. It provides invaluable informed records and commentary.