Queensland’s whales and turtles to benefit from plastics ban 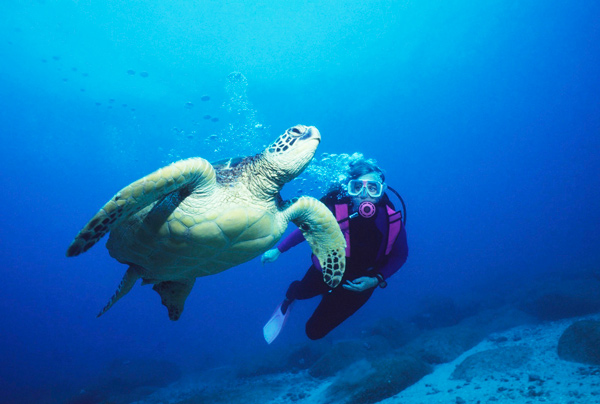 Australia’s leading ocean conservation group has congratulated the Queensland government for tabling laws that will ban some single use plastics and save marine wildlife like whales and turtles.

Under the legislation, single-use plastic straws, drink stirrers, cutlery, plates and bowls will be banned in the state, with further products to be considered for prohibition at a later stage, including polystyrene products, coffee cups, takeaway food containers and heavyweight plastic bags.

It is expected that the laws will commence in July 2021.

The laws include exemptions for people with disabilities or medical requirements, allowing outlets such as pharmacies and schools to make straws available to those who need them.

The legislation will now go to a Parliamentary Committee for a review and should be passed into law in a few months.

“Plastics are lethal to iconic Queensland marine animals like turtles and whales, so it is wonderful to see the Palaszczuk government table laws that will ban some of the worst offenders,” said Shane Cucow, AMCS’s plastics spokesperson.

“Plastic straws and cutlery are among the most lethal plastics for wildlife like seabirds and turtles.

“Sharp, highly likely to be contaminated and commonly found in waterways, these plastics can cause serious injuries. They get stuck in airways and cause painful internal injuries and poisoning when eaten.”

Queensland used to be one of the worst on plastic pollution. Following their actions to ban lightweight plastic bags from July 2018 and implement a container deposit scheme from November 2018, these proposed laws would make Queensland one of Australia’s leading states in the fight against plastic.

“As custodians of our World Heritage listed Great Barrier Reef and many other incredible marine environments, Queensland has a sacred responsibility to protect our iconic ocean wildlife,” added Mr Cucow.

“These will be popular laws with Queenslanders. Environment Minister Leeanne Enoch stated that 94% of submissions received in the consultation period were in favour of banning these single-use plastic items.”

Mr Cucow said it was important the laws were quickly expanded to ban other lethal single use plastics including plastic cups, fruit and veggie bags, balloons, plastic takeaway containers and heavyweight plastic bags.

“These laws are vital, but we still need to address other lethal plastics in our oceans such as balloons – the biggest plastic killer of seabirds.

“We urge all States and Territories to follow Queensland’s lead, and rapidly ban the single-use plastic straws, cutlery and bags that are killing Australia’s wildlife.

Recent statistics released by Tangaroa Blue’s ReefClean Project showed that in 2019, 24 tonnes of marine debris was cleared from the Great Barrier Reef alone.

Plastic pollution has also been associated with disease on coral reefs. A recent study of the effects of plastic on 124,000 reef-building corals from 159 reefs in the Asia Pacific Region (including Palm Islands, Whitsunday Islands and Keppel Islands) found the likelihood of disease increases from 4% to 89% when corals are in contact with plastic.