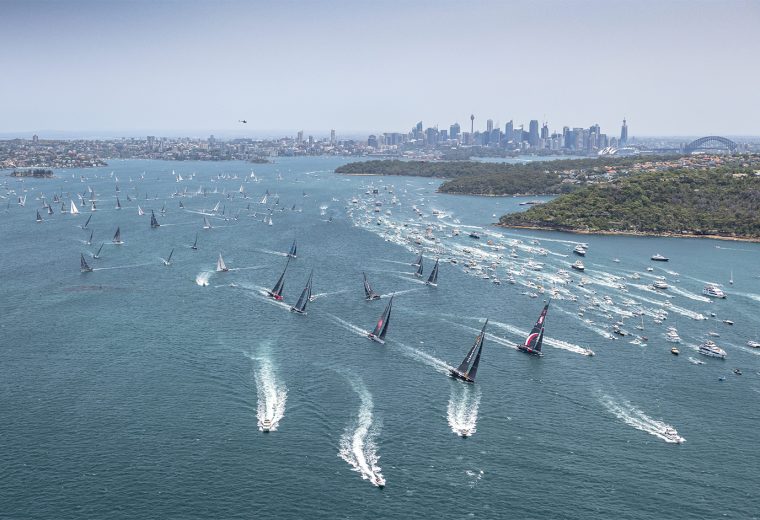 Main photo: It was a record fleet in the 75th running of the race and with new initiatives in the 76th, the stage is set for another diverse fleet. (Photo ROLEX/Kurt Arrigo)

The Notice of Race for the 2020 Rolex Sydney Hobart, the 76th Sydney Hobart Yacht Race, encouraging entrants in the Cruising Yacht Club of Australia’s famous blue-ribbon event, has been released.

Entries are now open for 2020’s 628-nautical-mile challenge, with the just-launched documentation encouraging the usual brigade of sailors – plus a whole new pool of talent – to join the adventure.

A fresh fleet of adventurers look set to sail to Hobart, too, following the introduction of a two-handed division in the race for the first time. Interest will also be high in the ever-increasing number of women participants, supporters and fans, with the 2020 race marking 75 years of female participation in the race.

First conducted in 1945 from the Cruising Yacht Club of Australia in Rushcutters Bay, Sydney, the annual bluewater classic, which starts on Boxing Day each year, has evolved into a pinnacle sailing event, drawing interest and entries from around the globe.

“The 2020 Rolex Sydney Hobart Yacht Race, following our incredibly successful 75th Sydney Hobart in 2019, should be one for the history books once again,” CYCA Commodore Paul Billingham said.

“With the introduction of two-handed sailing, ahead of its inclusion in the Paris 2024 Olympic Games, and the celebration of 75 years of female participation in the race, there’s plenty to look forward to and plenty of reasons why this will be a huge event.”

The 2020 Rolex Sydney Hobart Yacht Race fleet looks set to intrigue. While reigning overall winners, the Tattersall Cup-winning Ichi Ban, is likely to return, the line-honours title winners Comanche, led by Jim Cooney and Samantha Grant, has been sold. Who will claim some of world sailing’s most sought-after silverware in 2020 is anyone’s guess.

Rolex’s partnership with the CYCA and its premier event began in 2002 and the Swiss luxury watch manufacturer is proud to be the naming rights sponsor of the 76th race.

The Notice of Race and online entry is now available under the ‘For Competitors’ tab on the Rolex Sydney Hobart Yacht Race official website.