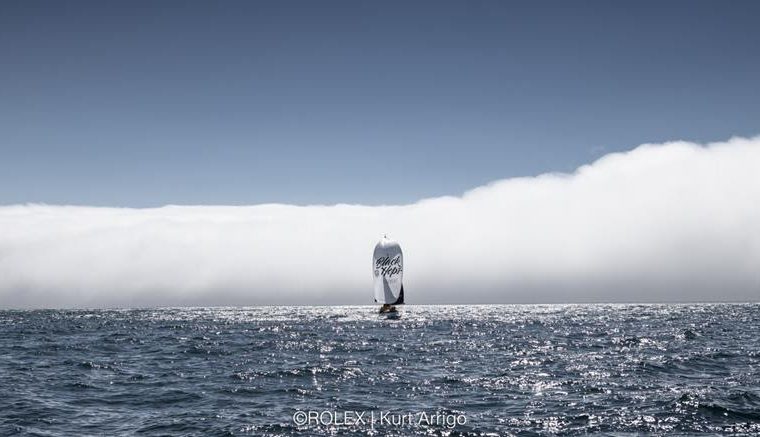 Bill Barry-Cotter’s Katwinchar was not only the oldest boat in the 2019 Rolex Sydney Hobart Yacht Race fleet at 114 years of age, but also the oldest to have ever competed in the race.

However, by finishing the 628-nautical-mile race on Monday night in a time of 4 days 6 hours 27 minutes 47 seconds, the 32-foot ketch, owned by Barry Bill-Cotter and registered with the Southport Yacht Club in Queensland, proved that time is certainly not up for her.

Built in 1904 by coopers at the Watney Brewery in London, Katwinchar won the Grand Veterans class of the Cruising Yacht Club of Australia event that is celebrating its 75th year. She beat five boats of whom three finished before her – Love & War, Kialoa II and Fidelis.

Katwinchar crossed the finish line on the Derwent River at 7.47 pm on Monday at the end of a day that tested those still on the water with myriad challenges, including frustrating lulls, bursts of belting winds and energy-sapping heat that saw temperatures soar above 40C.

However, not even Mother Nature was able to this year stop Katwinchar, that was initially sailed from England to Australia by E. J. Mossop for the 1951 Sydney Hobart where the boat went missing, until he reappeared in Hobart on January 3 having retired from the race.

The performance was a testimony to Katwinchar and her crew, and the commitment of Barry-Cotter, well known in the marine industry, to spend 10 years searching for her.

After Barry-Cotter found her in a dilapidated state on Gumtree, he had her shipped back to his Hope Island marina and spent another two years restoring her.

Bill-Cotter did not race in this 75th edition of the Sydney Hobart due to a recent heart attack. But his brother, Kendal did as skipper and said it was: “Amazing actually, really amazing.”

“It’s something that I thought I’d never get the opportunity to do so I thought it was absolutely wonderful,” he added.

“It’s been a privilege to be involved in the restoration of the boat with my brother. To race it with guys like Michael [Spies], and the rest of our crew has been absolutely fantastic.”

For the seasoned Michael Spies, sailing master on Katwinchar who now has 43 Sydney Hobarts under his belt, this year’s race reminded him why the event is so hard.

“It was a challenge,” Spies said dockside. “It was pretty easy physically, but like today just tore strips off us. Storm Bay [on Monday] just destroyed us but, and the Derwent …

“It’s the reason why this is called one of the most challenging races in the world. You only had to be out there today, from zero knots to literally 40 knots.”

Spies also embraced the link between Katwinchar’s brewing heritage in England and its current sponsor, Black Hops whose logo was emblazoned on her spinnaker.

“[They] saw fit and got wind of what Bill was doing and dedicated a special KatWinChar beer.

“The boat was built in a brewery and here we are supporting one … and it’s not a bad product.”