Looking beyond, to the New Caledonia GROUPAMA Race 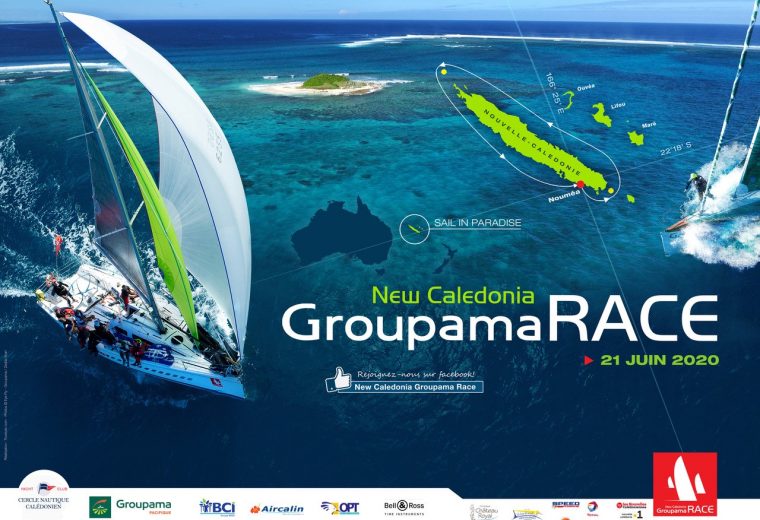 Most of the Trans-Tasman waterfront talk currently centres on the looming 75th anniversary Rolex Sydney Hobart Yacht Race and the bumper international fleet of 170 boats.

Despite the attention trained on the big end-of-year race, some of the same offshore boat owners are looking beyond, to their 2020 program and the opportunity to contest the unique biennial New Caledonia GROUPAMA RACE, a demanding race in paradise that draws New Caledonian, New Zealand, Australian and other international boats.

The crew of Sibby Ilzhofer’s Sydney 47 Dare Devil from the Cruising Yacht Club of Australia (CYCA) is busy readying for the southern hemisphere’s best-known bluewater race. At the same time, there is a show of hands for the CYCA-run PONANT Sydney Noumea Yacht Race which leads into the GROUPAMA Race that will begin off New Caledonia’s capital, Noumea, on June 21, 2020.

“My inspiration to have another crack at the GROUPAMA comes from the fact we like to do the Sydney to Noumea Race, and it doesn’t make sense to go all that way then not do the local race,” Ilzhofer said. “It’s a natural thing to arrive then get ready for the next adventure. When we were there in 2018 the people and organisers were lovely, and it was beautiful sailing in paradise. The brochure is spot on.”

For the last 654 nautical mile race around the beautiful French-speaking South Pacific Island, the Australian skipper opted to round out her crew with five New Caledonian sailors. Having locals on- hand meant that on arrival with the PONANT fleet, she had easy access to boating services such as mechanics and sailmakers. Additionally, Cercle Nautique Calédonien (CNC) assigned a ‘grandfather’ or ‘grandmother’ to each visiting boat, to assist with day-to-day queries.

Co-owner of the NZ based IRC 52 called Miss Scarlet, Graeme Wilson, is also excited to return to the region next year, particularly given the timing – when Auckland’s harsh winter is biting hard – and to the event he describes as “a highlight for Miss Scarlet and her crew in 2018”.

“We are looking forward to sunshine and tradewinds and another great race around New Caledonia in 2020. We were the line honours victor last time. Barring much bigger fish entering we’d like to think we are in with a good chance to defend our title though with the growing strength of the

Miss Scarlet will also double-up and use the Royal Akarana Yacht Club’s Cat 1 Auckland to Fiji Race starting May 30, as the means to reach the South Pacific’s naturally beautiful chain of islands.

Following the June 21 start of the 7th edition of the New Caledonia GROUPAMA Race, Miss Scarlet and the combined majority Australian, New Zealand and local fleet, will sail anti-clockwise from Noumea up the east coast, through the UNESCO World Heritage listed lagoon to the north and down the west coast back to the finish line and a hero’s welcome at Noumea’s redeveloped Port Moselle marina.

Enter here For the first time since the debut GROUPAMA Race in 2008, shorthanded and cruising divisions are on offer.

Both the current monohull and multihull race records were established in 2016.