Nabbed at night — cover of darkness no match for surveillance 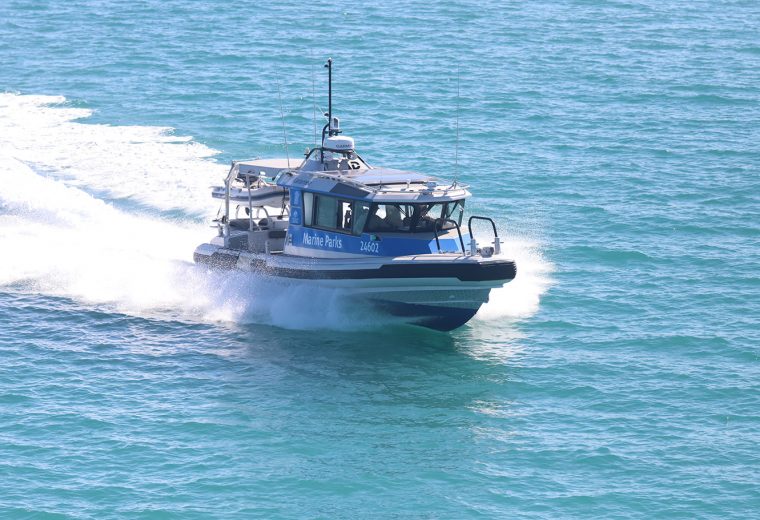 The Rockhampton Magistrate Court recently convicted and fined the commercial operator $10,000 after he pleaded guilty to fishing in the no-take Marine National Park zone offshore Cape Clinton, north of Yeppoon.

“While most people out in the marine parks are doing the right thing and following the zoning rules, some fishers believe they can poach at night from no-take green zones and won’t get detected — this is clearly not the case,” Mr Berding said.

“Modern patrol vessels designed to target poachers who threaten the health of the Reef travel at high speed, operate in offshore areas, and carry out operations throughout the night.

“The vessels also have state-of-the-art radars to locate and track small vessels day or night, which is very useful in locating fishers who turn off their lights to avoid being caught in no-take zones.”

Mr Berding said this detection resulted from a multi-agency approach using aerial and on-water assets, with patrols continuing to target areas where intelligence shows both recreational and commercial fishers are intentionally and consistently fishing illegally.

Every report is taken seriously and contributes to protecting the Reef against the ongoing threat of illegal fishing.