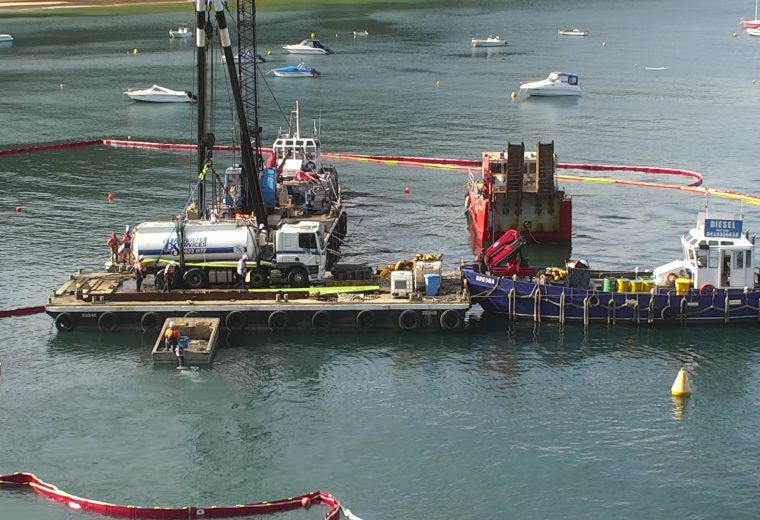 The most delicate part of the marine salvage operation which has been unfolding at Pittwater in the past 23 days has been completed without a hitch.

Transport for NSW Acting Director NSW Maritime Mark Hutchings said the sewage truck filled with around 10,000 litres of sewage was removed from the water off Great Mackerel Beach this afternoon.

“At 2.55pm members of the Great Mackerel Beach community cheered and clapped when the truck was lifted from the water,” Mr Hutchings said.

“Many of the locals have been keeping a watchful eye on the salvage of the truck and barge which overturned and landed on the seabed on 21 August.

“It was a good result for everyone – the biggest risk was for there to be some kind of breach of the sewage holding tanks.

“The salvage team appointed by the barge owner and insurer, overseen by NSW Maritime, has done a great job. Slow and steady has won the race.”

Mr Hutchings said two chain slings were attached by divers to the front and the back of the truck in order for it to be lifted level and stable from the water in order to not compromise the integrity of the sewage tank.

“A full assessment of the integrity of the truck will now be carried out within the exclusion zone before it is towed to be transferred onto land,” he said.

The Australian Maritime Safety Authority and NSW Maritime marine investigators accessed the barge for their preliminary assessments as part of the investigation today.

The barge was turned on Friday and then lifted from the water on Monday this week.