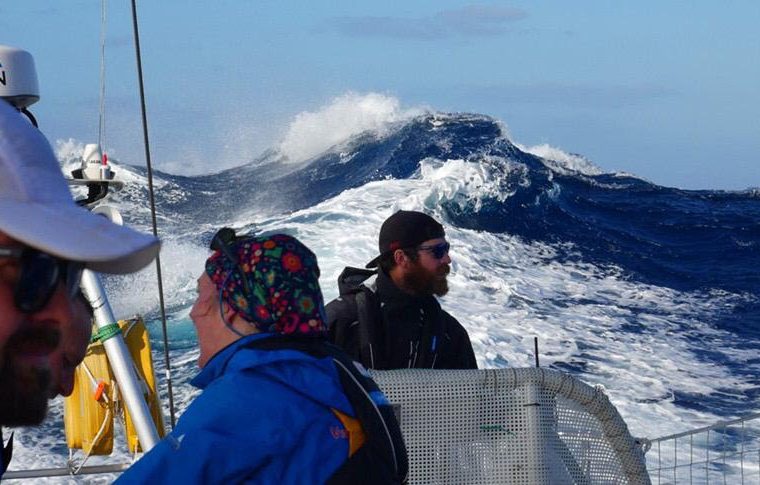 The eleven Clipper Race teams enjoyed a real thrill-ride during the fifth day of racing as they zoomed through the start of the Ocean Sprint. Wind speeds of over 40 knots with a swell of over four meters made for some of the most exhilarating downwind conditions that the professional skippers, and their non-professional crews, have faced.

Speaking from on board this morning, Chris Brooks, Skipper of Qingdao, currently chasing race leaders Unicef, said: “The conditions of Finisterre were phenomenal! Surfing up to 26.5 knots with non-professional crews and helms. Absolutely fantastic. These guys never cease to impress, taking each problem within their stride”.

“The surfing at constant 25 knots for some time was some of the best sailing I’ve done, ever…”

The speedy conditions are likely to provide some very close Ocean Sprint results once all times have been collected by the Race Office. The Ocean Sprint is a time trial between two lines of longitude or two lines of latitude. The fastest three teams gain extra race points (three for first, two for second and one for third).

The fastest boat speed reported back in the Skipper Blogs this morning is from Ha Long Bay, Viet Nam. In his morning report, Skipper Josh Stickland said: “My, my…Tony, Tony, Tony (Castro), what a machine you have built!

“We have been skimming for the last four to five hours with our speed now averaging 14-15 knots surfing across and down waves! I myself am a keen surfer and for anyone else who is, it’s the closest I feel like dropping in on a wave – only my surfboard weighs 40 tonnes!”

Check out the Skipper Blogs in full via Race Team Reports tiles below and Clipper Race website for the latest updates in full.