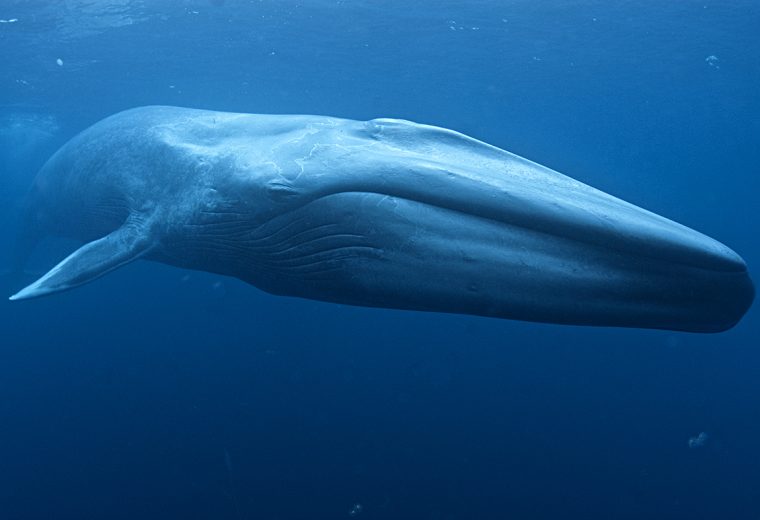 Australian Antarctic Division microbiologist, Dr Elanor Bell is a specialist in ocean chemistry – the teeming, microscopic world of microbes in the water column.

As a key member of the biogeochemistry team on board the research vessel Investigator’s recent trip to Antarctic waters, Dr Bell had a particular professional interest in testing the theory that blue whale faeces (poo in plain everyday language) plays an important role in helping to fertilise the Southern Ocean.

When scientists aboard Investigator located a stable aggregation of minke and blue whales feeding together on a swarm of krill, it offered her a rare opportunity to closely observe their impressive bowel movements and examine the way in which the pink to orange streams of iron-rich faecal sludge may be enhancing the local environment.

“The best way to explain it in really simple terms,” she said, “is to think about a gardener turning over his soil and adding fertiliser. That allows him to grow the food that he can then harvest and eat. Although the whale is not consciously fertilising the ocean, that is the effect. We are trying to show that they are in fact fertilising their local environment and allowing the microbial community to thrive and bloom. We have in the past launched small inflatable boats to collect faecal water samples and we are now analysing those in the lab with sophisticated machinery.

We are expecting that we will see an explosion in bacterial activity, then an explosion in algal blooms. The krill rely on the algae for their food and the whales in turn rely on the krill for their food. It’s actually one of the shortest food chains that you can imagine. In it you have one of the smallest animals in the world, the krill and the biggest animal in the world, the blue whale.”

Dr Bell stressed that although biogeochemical and microbial studies take time, she says she is almost certain to find increased bacterial production. Although the sea water temperature was a cold two to four degrees Celsius, she said the algae and bacteria have evolved incredible survival strategies that allow them to grow, albeit very slowly, at very low temperatures. The sea ice actually forms a blanket and within many of these tiny organisms there are, she said, minute oil droplets, that act as a kind of anti-freeze.”

Dr Bell said the Investigator’s voyage reaffirmed how few blue whales there are in Antarctic waters. “We hope they are recovering,” she said, “and we are trying to get a handle on that. But they are hard to find. Although we had very sophisticated shipboard technology to help us find them, we were able to identify only 25 individuals in six sightings over a period of six and a half weeks.” She said one encouraging aspect was that there were no re-sights of particular whales.

“If we were seeing the same whales over and over again,” she said, “we could perhaps conclude that the population is actually quite small. I think it is in fact a tiny number. In 2008 the Antarctic blue whale population was estimated at approximately between three and six thousand.  Before industrial whaling there were hundreds of thousands of blue whales but now they are down in the thousands.”