$200,000 Marine Rescue command and control vehicle on the road 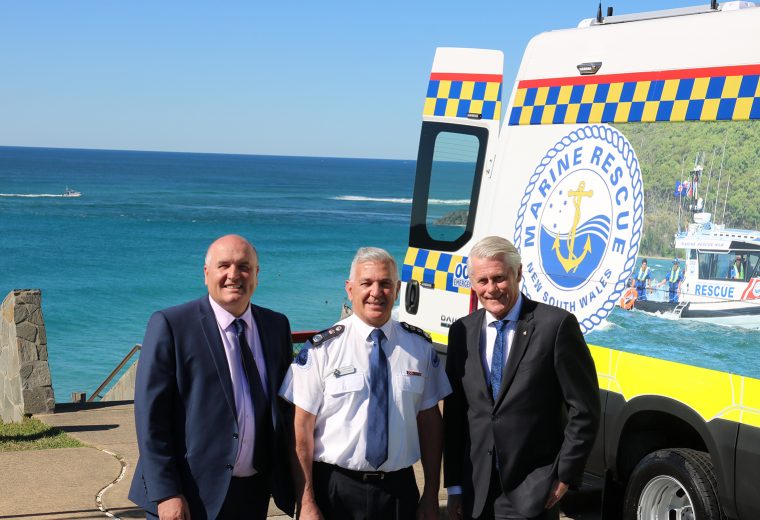 Mr Elliott said the NSW Government was proud to support Marine Rescue NSW volunteers with additional funding for upgraded resources to assist in their vital work to save lives on the water.

“The 2019-20 NSW Budget is delivering total funding of $1.7 billion for our emergency services first responders,” he said.

“Over the next four years, Marine Rescue NSW will receive an additional $37.6 million in funding to deliver 38 new boats, provide new and upgraded operations bases and other facilities and reinforce the State’s marine radio network.”

Mr Elliott said the modified Iveco Daily van would be used to provide critical command and control during major response operations and serve as a back-up communications system for units.

“This versatile vehicle can accommodate two radio operators and quickly be deployed in urban, regional and remote areas,” he said.

Commissioner Tannos thanked the Minister for the new asset and the NSW Government’s strong investment in Marine Rescue NSW.

“The Government’s generous commitment of an extra $37.6 million to Marine Rescue NSW is valuable recognition of our volunteers’ work to assist and protect the boating community,” he said.

“This new mobile command post will be deployed along the coastline during programmed works to modernise the marine radio network, enabling our units to remain on the air during the installation of new and upgraded equipment in their radio bases.

“It also will be a valuable resource during extended and remote response operations, with a retractable awning and external video screens for outdoor operational briefings for crews.”

The vehicle replaces the organisation’s 26-year-old communications truck that had reached the end of its operational life.